You are here: Home / Books / In Dark Service: Exploring Far-Called with Stephen Hunt

Stephen Hunt is geek of note and respect. He step up SFcrowsnest.org.uk, a hugely popular geek site (Geek Native has envy issues), he is an internet pioneer and his fiction has been so successful he writes full time now. The Times described his Jackelian Novels as “inventive, ambitious work, full of wonders and marvels”.

Hunt’s next series, Far-Called, kicks off with a story of slavers in a huge fantasy land. Geek Native was lucky enough to be able grab him for a few questions about the first book In Dark Service .

If you only had a short elevator ride with someone who’s just stepped out of a roleplaying games convention in order to describe In Dark Service to them – how would you describe the book?

In Dark Service concerns two central families, the Carnehans and Landors, whose children are kidnapped by slavers and snatched from the town of Northhaven in the Kingdom of Weyland. The townspeople launch a rescue expedition to free the taken from captivity, but with little chances of success given the large scale of the world of Pellas. The first novel focuses on both the adventures of the pursuing towns-people and the slaves’ struggle to survive their harsh captivity.

We sometimes hear your name in connection with “cyberpunk” or “steampunk”. Is In Dark Service any sort of punk?

While it’s true that I have written both cyberpunk and steampunk-style stories before, In Dark Service falls into neither of those two camps – I’d shelf it firmly under ‘fantasy’ if I was a bookshop owner.

Why do you think cyberpunk and steampunk remain so popular among readers?

I think that our actual contemporary world is drifting into cyberpunk so rapidly that it’s not science fiction anymore . . . you sit at a restaurant and half the clientele are sitting there tapping away at their smart phones. All you’re missing is a wireless jack in the back of the brainstem and that’s not too far away. As for steampunk, it’s a reaction against the perceived rubbishness of that modern world, harking back to a lost golden age that never was, when technology was something you could hand-craft, understand and lovingly mod, and there were these complex manners and elegant mores.

What teasers can you give us about the Far-Called series?

Beyond my description above, I’d just say get yourself over to the Gollancz blog where they’re running the first three chapters of the book … and start with chapter one.

Do you write to a framework that guides the story as you fill in the blanks? Or do you sit down to write with only a rough idea of what might happen next in the story?

I do have a framework at the start of each book, but looking back at how well I stick to it, it’s a little like me being a rambler turning up for a guided hike, and the instructor unfurls a map, saying, ‘Right, here’s where we’re going today. Here. Here and here, and then down there.’ But they turn around, and I’m gone, running into the treeline naked yelling ‘FREE!’

You’ve given the Far-called series a 15-rating on your site and that’s a step up the scale from the 12A you awarded to the Jackelian series. Was it time for a change?

The Jackelian series was aimed at that YA-crossover audience, but the Far-called series deals with slavery, and you can’t really touch on that and remain honest to the material with a low YA rating. It’s a little darker and hard-edged.

Between writing and your involvement with SFcrowsnest how do you find time for anything else?

Actually, Geoff Willmetts replaced me as editor of SFcrowsnest in 2000, helped by forty active contributors with writer’s accounts set up on its content management system. These days it’s just fiction, fiction, fiction for me.

How would you describe your role at SFcrowsnest?

I nominally still help out on the technical side, when it comes to coding and programming. The time I spend even working on development has sadly dwindled close to zero since 2007, though, as most spare time has been spent on fiction for the likes of Gollancz and Tor. This was aided by moving from a custom FileMaker database I designed in 1994 to WordPress – so it’s now supported by the whole open source dev community, rather than just me. I’m still there in spirit. Is Virtual Spirit Guide a thing?

Who in the geek community (authors, comic book or anime creators, musicians, technologists, etc) do you find to be particularly inspiring?

Too many to list. I grew up in the 1970s, so most my influences are sadly gone now, many of whom I was lucky enough to get to briefly know towards the end … writers like Jack Williamson, Harry Harrison, Clifford D Simak and JD Ballad. Michael Moorcock is one who is happily still with us. Later talents whose work I love include Frank Miller and Alan Moore, China Miéville and William Gibson.

As an online pioneer you’ve launched some impressive sites and you’ve insider knowledge when it comes to publishing and publicity. Do you think there’s a convergence of interests and skills across those fields? Are publishers getting better with web projects, for example? Or are site launches getting better at engaging with audiences in the way that publishers do to promote their books?

Online has become more and more important as a platform to reach and engage with readers (and with e-books, you can add ‘consume’), and that trend is only heading in one direction. Serious talent in the online arena is usually found working in pure-play start-ups – search engines, social networks, crypto-currencies, wherever the bleeding edge of the New New Thing is to be found. You won’t find that talent in any significant quantity inside large corporates of any stripe, as the corporate environment just doesn’t possess what interests that breed of person. Even Amazon has trouble attracting retaining innovative talent for their Kindle arm, as the subpar GUI of those devices demonstrates (and don’t even get me started on their suck-worthy web site interface). 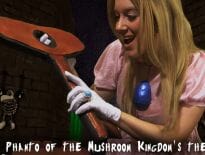 Music Phanto of the Mushroom Kingdom 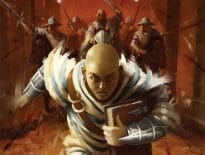