You are here: Home / Games / Tabletop & RPGs / Has 4Chan’s great RPG disaster story ever been beaten?

This story of an RPG encounter gone horribly wrong was shared on the anonymous bulletin board nearly two years ago. Has it been beaten?

A little guesswork, and he decides it must be a fey ring, a tiny little portal to another dimension. Rolling up tiny pieces of parchment with letters on them, he would push them through the ring, and they would disappear. He would do this several times a day, for a week or so, but nothing would happen.

Finally, a letter was sent back. A tiny little scroll that required a glass lens (which was rather expensive to purchase) to read, it rather rudely asked for him to stop littering the fey’s study.

So, my friend decided to do what any intelligent person would.

He threw the ring into the bottom of a lake.

A month later, the fey kingdom is waging war on all humanity because the Queen of the Fey’s castle is completely flooded, and the merfolk tribes that lived within the lake are waging war because some foul sorcery has dramatically reduced the amount of water in the lake and continues to do so.

Hundreds of people die or are enslaved each day, and no one seems to know where the source for all these troubles came from. Most people are blaming the druids, who are being hunted and killed, all while the sacred groves the druids were to protect are razed and destroyed by the supernatural war.

Our adventuring party, deciding that we couldn’t stand to see all this happen, moved into the next region, away from all the chaos.

Has 4Chan’s great RPG disaster story ever been beaten? 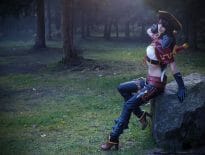 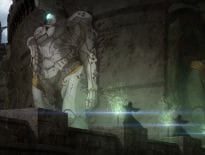