You are here: Home / Books / Monsters You’ll Return To: A review of Aunt Marie’s Book of Lore

Aunt Marie was the one who brought Nick Burkhardt into the world of the Wesen and the role of the Grimm. It’s through her caravan filled with artefacts, old tapes (such as old 8mm tape footage from the Second World War) and especially old books that Nick is able to read up on the new mythological menace that has popped up to threaten the city.

Given the increasing popularity of “in-show” items appearing as books it makes sense that they would release an Aunt Marie’s Book of Lore for fans of the show.

What was less expected was the quality of the tome. This book has 144 or so pages and is entirely colour. Okay, we’re not talking bright prints or anything; Aunt Marie’s Book of Lore effects the aged and weathered look. Pages are yellowed. The font looks like script (but you can read it – most of the time) and sections have been annotated later with scribbles and circles.

In short; this looks like it could be a handout for a Grimm RPG. That’s no bad thing.

What Aunt Marie’s Book of Lore contains is lots of information on the animal like Wesen. Needless to say that the creatures here are those we’ve encountered in the series so far and the particular habits and insights the book touches on are also those that have been plot relevant. That said, browsing through the book certainly puts you to mind for future episodes of the show.

This could have been a book that felt pointless. Why read about fictional monsters? That’s the trap the contributors to Aunt Marie’s Book of Lore have managed to avoid by ensuring there’s the right mix of Grimm reminiscence with speculation. Rather than being pointless, this Grimm book feels like a treasure. This is a book that wants you to pick it up for another browse.

Who’d like Aunt Marie’s Book of Lore? Grimm fans, yes, but having an appreciation for a good book and collector’s piece will help. I also think GMs around the world will get heaps of inspiration from this collection. It’ll give you monster and encounter ideas and perhaps even assist with the occasional hand-out idea too.

Monsters You’ll Return To: A review of Aunt Marie’s Book of Lore 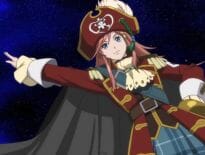 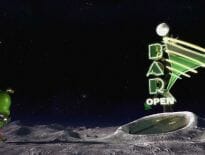