There are two special editions for Konami’s Castlevania: Lords of Shadow 2. The top of the range special is a Game.co.uk exclusive in the UK. Dracular’s Tomb Premium Edition (with a tomb for a case) has the game, four detailed miniatures, an A4 hardcover art book and the Steelbook. There are only 30,000 of these editions for sale across all of Europe.

The second, an exclusive to pre-orders from Zavvi, has a steelbook edition with an image of Dracula on the cover. The pre-order also brings with an alternative ‘Premium Dracula’ suit, a Dark Dracula costume or a Relic Rune pack.

The game is due out February 28th for the PS3 and Xbox 360 and the following day for PC. 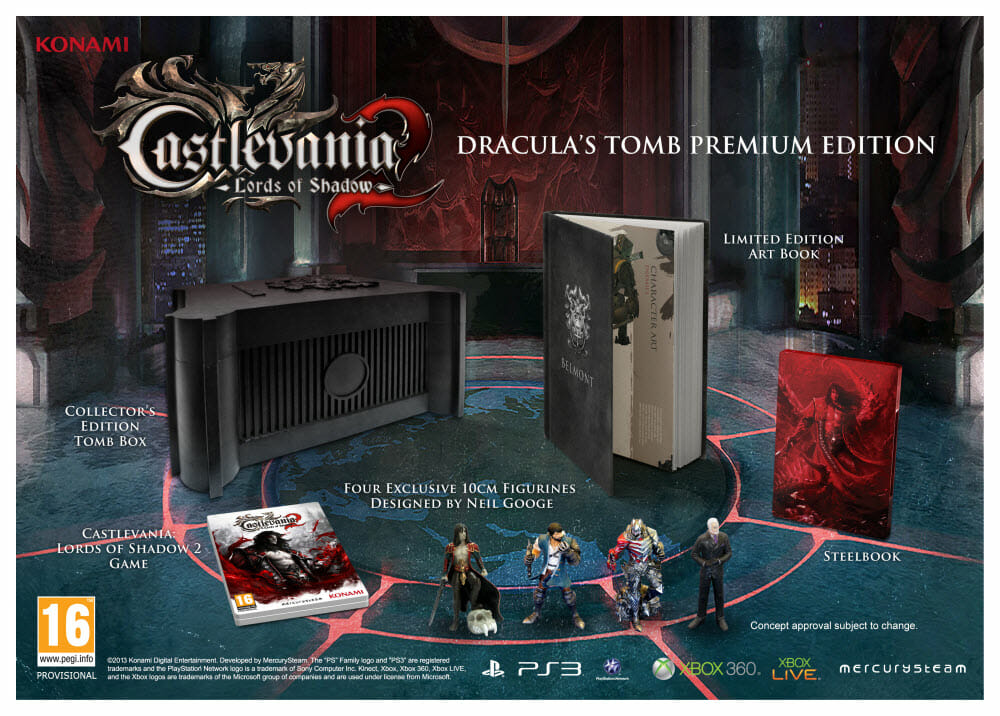 Geek Stuff TED-Ed: A history of vampires in folklore, fantasy…