You are here: Home / TV / Doctor Who: Peter Capaldi is the 12th Doctor 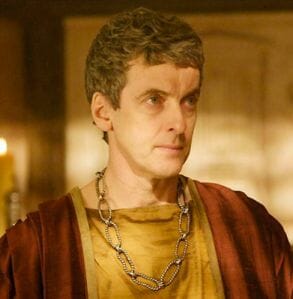 Peter Capaldi has been announced as the next Doctor in Doctor Who. The news came via Doctor Who Live: The Next Doctor which also featured Matt Smith, currently playing the Doctor, and executive producer Steven Moffat.

The news came at the end of the week in which rumours had propelled The Thick Of It star to the bookies favourite. They’ll now be paying out.

Although Peter Capaldi will step into the show as the 12th Doctor he may not be the 12th regeneration of the Time Lord. We’re still to unravel the plot twist around John Hurt’s character who may well have been the same man but who lost, gave up or was denied the name “The Doctor”.

Peter Capaldi has been in Doctor Who before. He played Caecilius in The Fires of Pompeii. This is the same episode that featured Karen Gillan as a Soothsayer.

Doctor Who: Peter Capaldi is the 12th Doctor

Tabletop & RPGs A review of Volant – Kingdoms of Air and Stone
💰 Copper Coins 💰 Geek Native is an affiliate and may earn commission on purchases you make from third-party sites.
🍪 Privacy & Cookies 🍪 The site uses cookies to survive. By accessing the site, you agree to use your browser to control cookie use or take 1d4-3 privacy damage (tracking). If you defeat cookies via ad blocking, please consider the Patreon. An intro to cookies, and how to control them, can be found here. I Manage Cookies