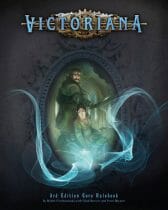 Victoriana was one of the first steampunk RPGs I enjoyed. It’s a world of high adventure but also politics and intrigue with steam and sorcery.

My 2003 GameWyrd era review of Victoriana gave it 9/10 and the game, published by Heresy Gaming then, scored an average of 7/10 in the WyrdRanks. The supplements The Smoke: 1867 and Dragon in the Smoke did nearly as well. Equally, if you want a flavour for the game it featured in Echoes from the Wyrd 9, Echoes from the Wyrd 10 and 12 with Wescot’s Folly.

The year is 1856 and the world roils in the unseen conflict between Order and Entropy. As technology marches forward the Celestial Engine moves ever faster, and all our fates grow more precarious. Now is the time to act decisively and boldly, to seize control of your destiny and impose your will upon the world!

To mark the release of the new edition, Cubicle 7 have made the adventure The Spring-Heeled Menace free to download. You can also grab free pre-genned characters for the “penny dreadful” from the site.

The eBook version of Victoriana 3e is available from DTRPG now or you can preorder the hardcover and get the PDF in a bundle directly from C7. 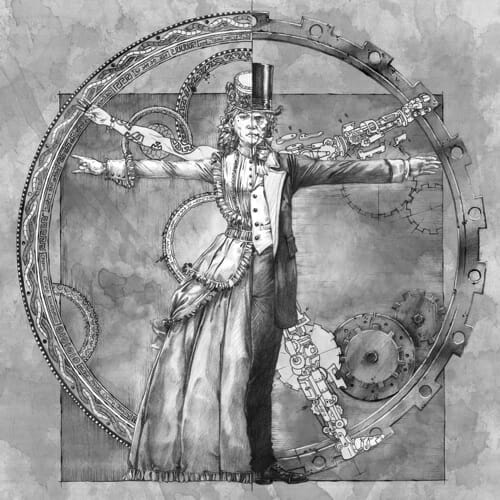 Geek Stuff Cosplay highlights from Hoshicon 2013
💰 Copper Coins 💰 Geek Native is an affiliate and may earn commission on purchases you make from third-party sites.
🍪 Privacy & Cookies 🍪 The site uses cookies to survive. By accessing the site, you agree to use your browser to control cookie use or take 1d4-3 privacy damage (tracking). If you defeat cookies via ad blocking, please consider the Patreon. An intro to cookies, and how to control them, can be found here. I Manage Cookies