An 3-paged Victoriana: Wescot’s Folly preview can be downloaded at the end of this page.

Water was dripping from the ancient brick walls and running through the sluices in the middle of the tunnel. The stench was unbelievable: a mixture of offal, chemicals, the reek of dead fish and animals coming through the catacombs from the Thames. My lantern was starting to gutter; the oil running low faster than I’d thought. My companion was a few paces ahead of me, moving with that curious nervous pace that is characteristic of his kind.

“Where are we, Lusk? Perhaps we’ve taken a wrong turn?”

The rat-man snapped around in front of me, his eyes glinting in the pale light of the gas lamp. “No wrong turn, Mr. Wescot. I grew up in these ‘ere tunnels. I think I know me way through ‘em, right?” he said defensively. “Go it alone, you don’t trust me.”

The idea of being stranded in the miles of Roman catacombs and sewage tunnels that span the underworld beneath the capital was not an engaging one. I motioned him on with the lamp, the circle of illumination around us bobbling unsteadily. Was I mad? Entrusting my security to a rat-man, there was any number of things that could be waiting for me…not the least the rumored bands of rat-people that lay in wait for the unsuspecting to rob, kill, and worse.

Suddenly, Lusk stopped short and ducked into darkened side tunnel. “Kill that light and get in ‘ere!” he hissed. Before I could react, he lashed out and grabbed me by the arm, dragging me into the tunnel as well. His small, wiry frame was deceptively powerful. Fumbling, I managed to turn the wick down on the light, extinguishing it. Then I heard it. A light scraping sound, like bone over stone. Then I smelled it; no wonder Lusk had reacted so violently. Musty and foul, the odor reached me. The smell of the grave. I started to whisper a question, but Lusk slapped a hand over my face. I could feel the nervous energy of the half-man as he trembled behind me. I suddenly realized that in that position, I would take the brunt of any attack that might come. Did the dead…or the undead, for that matter… need light to see? Or could they smell the metallic tang of my fear?

It was close, I could also feel the cold of its presence. The scraping stopped and despite the water flowing, I fancied it dead quiet. What an excellent adjective; I nearly laughed from terror. How did I ever get myself into this predicament? 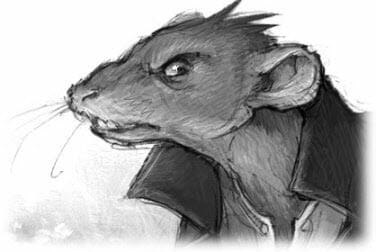 It began with Mrs. DeGrange, actually. I had been about my morning routine, up around tenish, when Mrs. Lindsay, my part-time housekeeper arrives at the shop below my modest quarters. The bell jangled me awake, and out of bed, and I dressed quickly and took the spiral metal staircase down into the ground floor, where Wescot’s Rare Books & Curios looks out onto Commerce Street near the Strand. The neighbourhood is not the best at night, admittedly, but during the day, the position is excellent to pull in a fairly steady stream of clientele. Most come in to view the curios: the line of pygmy shrunken heads, the esoteric jewellery that may or may not have the pedigree advertised. The books run the gambit from light, trashy popular novels, the like produced by our illustrious Chancellor of the Exchequer, Mr. Disraeli, to old classics and tome of exotic or erotic nature.

There is a kitchen in the back, through a door at the back of the reading room — really just a series of tables in the main room, but sectioned off by the shelves of dusty volumes from the front, where the curios are kept in a desperate attempt to lure customers. Well, their money, at least. Mrs. Lindsay was already finishing whipping up my usual breakfast — a few slices of toast and an egg, soft-boiled to chewy perfection, and a cup of tea. I prefer coffee, but after the coffee rust in the tropics a few years back, tea is much, much cheaper.

There was a note on the table I take my breakfast at. Nice lavender paper with a nice rag texture. A lady’s hand had scrawled my name on the front: Mr. Arthur Wescot.

“Found it pushed under the front door, Mr. Wescot,” said Mrs. Lindsay in a light Irish accent. She came through the door, moving her respectable bulk deftly while balancing my breakfast tray. Despite her disapproval of some of my wares, she has been a loyal retainer for the past year; she tutted at me reprovingly.

“Not seemly, a woman pushing notes under the door of a respectable gentleman,” she told me. Before I could respond she set down the breakfast tray and held up a hand to avert any argument on my part, “No! I’ll not want to be hearing any excuses from you now, sir. It’s not my concern how you comport yourself, sir. I’d just as not find a feminine surprise upstairs, though, mind you.”

I grinned at her teasing of me. My size tends to bring the mothering out in the ladies. It’s hellish on my love life, being a gnome. While Mrs. Lindsay retired upstairs to begin cleaning my quarters, I glanced over the note.

My name is Mrs. DeGrange and I need to speak with you on most urgent business. I have tried to contact you this morning, but I fear you have not yet arrived for work.

I desperately need the assistance of the ‘Crime Doctor’. A man’s life may rest in the balance! You may call on me at my home…

The address was a location in Belgravia — a very fine neighbourhood. The name DeGrange rang a bell at the time, and I can honestly say that it would not have mattered a jot, had I known about her past at the time. A woman was in distress! A mystery was to be had! I was hooked in one paragraph.

Once I had finished breakfast, I hung a ‘closed for the day’ sign, locked the door and set out for the cab ranks, only a few minutes walk from my door. I found a few hacks waiting by the curb, relaxing under the awning of a nearby gin shop. My usual cabbie, young Mack, saw me coming and immediately dashed to his rig. Mack is one of the best coachmen I’ve seen, an amazing feat for a twelve year old boy. I’ve yet to be in an accident, despite the high speeds that in which we traverse the city.

Belgravia is a twenty to thirty minute trip under the best of conditions — a straight hike down the Strand to Charing Cross, then past the Houses of Parliament and over the wooden planks that covered the new underground rail extension being put in between Whitehall and Kensington Station, then down Victoria Street into the heart of the expensive neighbourhood, where all the houses are a uniform Georgian character. Even windows and dimensions.. Very picturesque, but also very boring. The DeGrange home was a nice three-story affair with a garden in front of the home, fencing in by wrought-iron. I dismounted the carriage and took the steps to the door, which opened for me before I could knock. The butler was a old, doughty-looking fellow with a voice that flowed like treacle. When I presented my carte de visite, he nodded. “You are expected, Mr. Wescot. Please follow me.”

Up the steps to the second floor and the sitting room, bright and airy, where the lady of the house was waiting. She leapt up at the sight of me, “The Crime Doctor?” she inquired.

“Truth be told, madam, I prefer Mr. Wescot. The other moniker is a bit…melodramatic, don’t you think?” I cut off any apologies buy asking, “Your note suggested this was urgent.”

"Don't worry, Stormtroopers can't hit anything at this dist..."
Echoes from the Wyrd 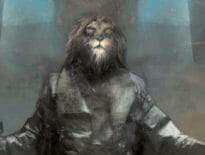 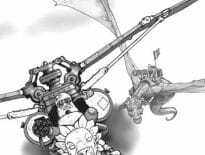