An 4-paged Victoriana: Science & Steam Power preview can be downloaded at the end of this page. The following text and illustrations are only a small example.

We have spent a lot of time talking about religion, faith and magic, but what about the scientific discoveries of our era? Surely with magic to aide them the scientific minds of Victoriana must have made huge steps forward? Well, simply put – no.

That isn’t to say that scientific oddities and marvels don’t exist, the likes of the Nautilus and the Time Machine are both perfectly possible Victoriana inventions, but their presence would be as unique marvels (the same way they were depicted in our own ‘real life’ fiction) not as commodities.

It must be remembered that magic is a manifestation of chaos, and western society has spent hundreds of years denying that power in order to replace it with science, so the lack of common- place ‘super-science’ perhaps makes a little more sense. Even so there are areas in Victoriana where the progress of 19th century science has been given a little push forward by the world around it, and just as often areas where science has ‘cheated’ by incorporating sorcery into its design.

The industrial revolution is still in its infancy, given time for development who knows what enterprising minds will think up, or which of those ideas will become commonplace…

Sea travel is the only effective way to make intercontinental travel for freight. Most open sea ships are sail craft. Steam powered vessels are available but are expensive to buy and maintain in comparison. A sailing craft on the open sea can probably cover 220 miles of sea in a day, with adverse weather this could be reduced to as little as 50 miles. Steam vessels can cover up to 340 miles of open sea in one day and are less affected by poor or crossing winds, allowing a travel distance of 100 miles a day in even the worst conditions.

Most ships in Victoriana are made of wood and are powered by sails. Most military ships have been converted to steam power, propelled by huge paddle wheels on each side of the ship but with a full set of masts for back up, many civilian ships are undergoing the same conversion process and it is anticipated that all ocean traffic will be steam powered within 20 years. Armoured Metal ship hulls are another area of great experimentation, with a great many designs being put forward on a daily basis, it is generally agreed that the British engineer Isambard Kingdom Brunel is the leader in metal ship design (and most of his designs have been rejected) and his first ocean going metal ship hull is currently under construction (and considerable scrutiny) in England. 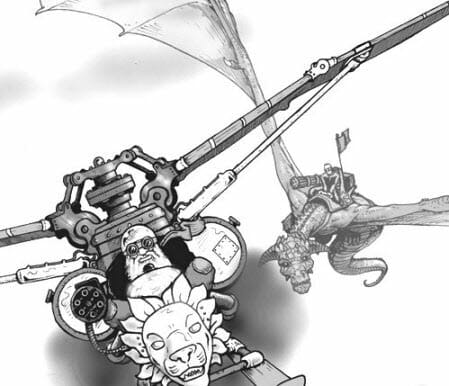 The forced opening up of Chinese trade by the British in 1840 bred a new type of ship – the clipper. These were the most elegant and fastest sailing ships in the world, and they had to be, as they carried that most precious of cargo to the English people – tea! Tea needs to be speedily delivered to England from china so that it is at its most fragrant – skippers could lose as much as 10 shillings per crate if the tea was bad. As a result, there are races between the clippers from Hong Kong to London, and bets are placed upon the outcome. Clippers such as the ‘cutty sark’ have become household names, and are renowned by how fast they can deliver their cargo.

In Victoriana Wyverns are real, and for centuries they have been used as aerial cavalry by certain nations, notably the French and Russians. As man has been flying for centuries, it seems reasonable that flight technology would be more advanced than that of the real 19th century so Airships and Ornithopters both exist, albeit in limited applications.

Airships are used as luxury passenger liners across Europa, they are too expensive in comparison to their cargo limits for commercial haulage and so far only the British Navy has adopted them for military use, paying the Guild vast sums of money to assist in the creation of enchanted furnaces for the immense amount of steam power and lift required for the propulsion of an armoured dreadnought through the sky. This investment is generally perceived to be an arrogant folly on the part of the British Government. Ornithopters are one man flying machines used by Britain and Prussia. The ornithopter is a recent invention enjoying its 5th birthday in 1867), and again uses a Guild enhanced steam engine to generate the additional lift for flight. The Ornithopter has yet to see active service against aerial foes, which was its design purpose, but the Prussian army has used it in its wars of reunification with devastating effect against ground troops.

Since mankind’s infancy the horse, ox, and slaves have been humanities beasts of burden, and only in the last 40 years has the power of steam brought a new alternative – the train. In the ‘modern’ setting for Victoriana the horse (with a variety of carts and coaches) and the train are the primary forms of overland travel. Although the technology exists to create ‘horseless carriages’ using the same science and sorcery combination as the Ornithopter, the sheer expense of such a machine along with limited guild resources for the enchantments necessary prevents any such endeavour being considered for mass transportation, or for any non-government funded project.

Horses and coaches still enjoy a great, deal of popularity in Europe, although they are a dying mode of transport in areas serviced by the train.

Despite the obvious advantages of train travel, many still prefer the slower travel mode of coach & horse. Although fast, trains are dirty and as a recent innovation they are surrounded by superstition. As an example it is commonly believed that the trains excessive speed of 40 mph can knock the breath from frail lungs, or that the wind caused by the speed can knock off a human head if poked from a window! On a more reasonable note, there are still large tracts of rural land where trains have not yet reached, which may only be accessed by coach.

So, for varied reasons, some more unreasonable than others, the coach is still a popular form of transport. Coach travel is slow, not only limited by a horse’s speed, but by the necessity to stop at a coach house each night, or for a passenger’s convenience. Another hazard of coach travel is the rural brigand or highwayman, still quite an active breed in our Victorian fantasy.

Assuming a ten-hour day with several slops for rest, a walking man could cover 20 miles in a single day. Allocating the same amount of travel time a horse rider or coach could cover about 35 miles of road. Adverse conditions should affect these rates heavily. Heavy rain or snow can easily stall movement rates by 2/3.

There are three major problems with horse and coaches. One is the uncomfortable travelling conditions – coaches are frequently cramped as unscrupulous drivers cram as many people in as possible, and the discomfort is increased by the lack of suspension in a coach. Secondly, they take a long time to get anywhere. The last problem is robbery – although highway robbery had passed its heyday of the previous century, there are still highwaymen on the road, and no long distance coach driver would be without a decent firearm. One area where horse and coach is still a thriving mode of transportation is within the urban environment, where light coaches known as ‘cabs’, and heavy coaches know as ‘omnibuses’ constantly ferry passengers from a to b within the city limits. 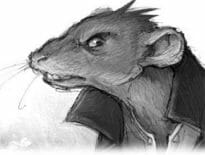 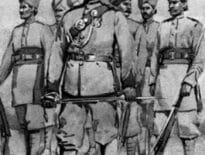