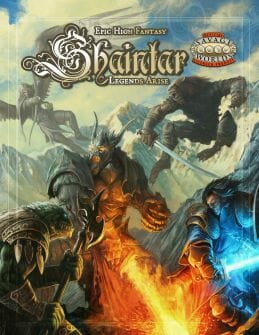 Just paging through the Players Guide makes you want to play, and it’s genuinely hard to create a boring character using this book; everything works together to make your Hero interesting. And that’s even before you get to the four detailed Major Enemies lurking in Shaintar. Or the rules for alchemy, or the tantalizing glimpses we get of the Black Lantern and Grayson’s Grey Rangers …

A winner. Get this book.”

To win you need to use the widget below.

Here’s how you play. First, you need to log in. You can do this with an email address or Facebook. Why? This is so we can contact the winner. It’s not a scary request. Second, you need to click on the buttons on the widget. That’ll reveal missions and sometimes other buttons (like Twitter button). These are social missions designed to help promote the Kickstarter. Lastly, those missions earn you chances of being picked as the winner by the widget.

You can read more about Shaintar in this interview with Sean Patrick Fannon in which I asked Are high level games for lazy GMs? 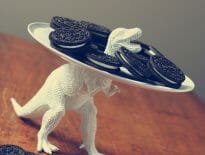 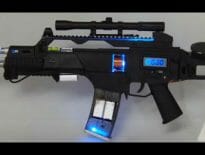