Shaintar: Legends Unleashed is a Kickstarter from Evil Beagle Games and Savage Mojo. In this article I ask Shaintar’s creator Sean Patrick Fannon some pointed questions about high powered fantasy games and his plans.

Can you give us an elevator pitch for Shaintar? Imagine you’ve stepped into an elevator with a busy gamer, who’s already adopted a fantasy RPG and setting and you’ve got just a few minutes before the doors open and you both have to step out and go in different directions. How would you use those minutes to describe the game and setting?

Shaintar is truly Epic High fantasy, far above killing kobolds for copper pieces in strange underground hallways. A friend of mine put it best when he said “It’s a pretty fun game, it’s less D&D and more Lord of the Rings meets Die Hard, at least when I’ve played it.”

I built it as a fantasy world meant to make sense, and to involve the PCs in action adventure stories with deeper meanings. You don’t just play in Shaintar – you live there.

Interested gamers can pick up Shaintar: Legends Arise (Players Guide) for free if they want. It’s available at DriveThru RPG under a “pay what you want” banner. Will that stay forever? What’s the plan there?

I am highly interested in the Pay What You Want model, and I felt the PG was well-positioned to make perfect use of this pricing tool. I fully intend to leave it there.

I will likely do the same with the Legends Unleashed Players Guide after its initial release, as well.

In the mandatory “Risk” section in Kickstarter you have to tackle the chances you’re unable to finish the project. In that section you alleviate that risk by saying that the books, including the stretch goals, are about 80% finished. You also suggest that others will finish the project for you should something unlikely like alien attack prevent you from doing so. Who are these other people and how important is the Kickstarter if the books are already nearly finished?

The cabal of people who would step up includes industry notables and super-fans who truly love the setting. As our Bonus Goals reveal, so will you discover the names of those people I am thinking of. As well, check the Credits list in Shaintar: Legends Arise for others who will step in to keep it alive.

Writing is not the only part of putting a product together, as anyone connected to publishing will know. There is art (and this marketplace demands high quality art), editing, graphic design, layout, and the business elements of maintaining a publishing company. Doing this full time means being able to make enough to eat and pay rent after all those things are paid for, as well. That’s the function of the KS; without it, all of this takes a LOT longer to come out (if ever), and probably not looking anywhere near as good, either. 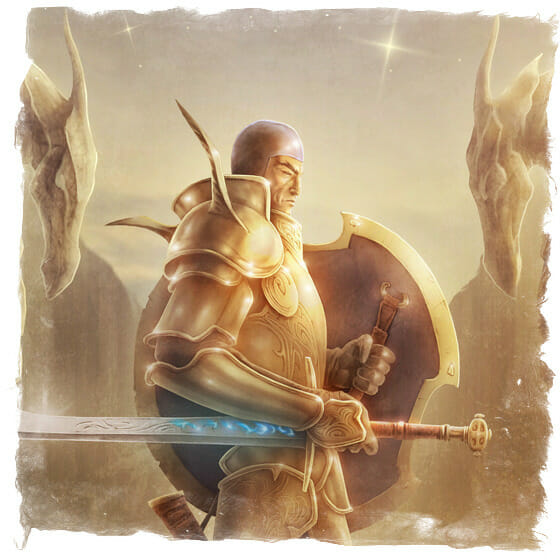 Has Kickstarter taken control the of the RPG industry?

Control? I wouldn’t say that.

Its increasing influence, however, is undeniable, and it has changed the game (pun intended) for every creative product producer in the world. The biggest companies still look at running a KS as diminishing their brand (“Hat In Hand Syndrome”), but the rest of us see it as a brilliant means to connect directly with the fan base and create something together.

So I wouldn’t say Kickstarter has taken control so much as it has empowered a renaissance the likes of which hasn’t been seen since the advent of high-end desktop publishing tools for the home PC.

Shaintar: Legends Unleashed covers the Heroic and Legendary levels within Savage Worlds. From your past experience in the industry do these tiers of gameplay tend to sell well?

This approach has never been tried before, so I can’t really say. The idea to split the book into two volumes this way was Sean Preston’s, back when I was working with him through Reality Blurs, and I kept with it after deciding to start up Evil Beagle Games.

I think a lot of GMs and players will enjoy the attention paid to Heroic and Legendary game play in Legends Unleashed; I expect this approach will have a nice payoff for everyone involved.

Now if your question is more oriented on the “high level games” in general sense, I do know that running such games can be very difficult (and even dreadful) for GMs. I certainly endeavor to include a great deal of useful stuff for making such games easier and even more fun than the lower level ones.

What would you say to the suggestion that Legendary level fantasy scenarios are preferred by lazy GMs, able to throw in a super monster as a villain but unable or unwilling to deal with politics, espionage, wilderness survival and other more subtle and lower powered aspects of adventuring?

I’d say that anyone who approaches this level of play in that fashion is really missing out on the potential. Players love being world-shapers and kingmakers, and they love having their presence and their actions have real meaning on the world around them. Most of my players really prefer to organically grow their characters from strong, capable Novices to powerful and influential Legends, and they love all of the developing story that accompanies that journey.

In Shaintar, the Heroic and Legendary characters should have tons more in the way of politics, espionage, and other subtle challenges. They should be the ones going into environments that lesser characters couldn’t even hope to survive, facing storms and hazards that obliterate towns and alter landscapes. 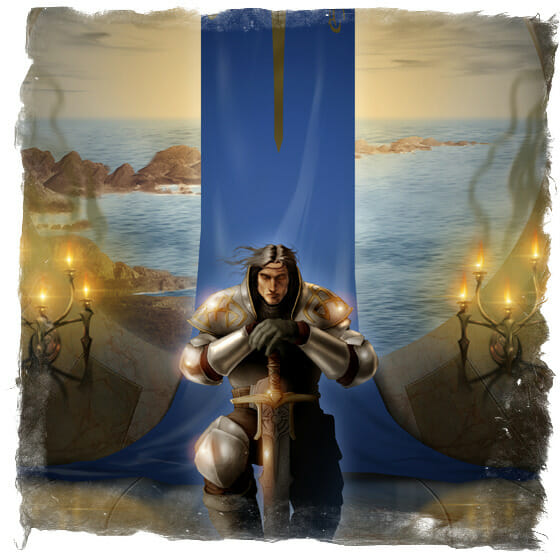 Shaintar: Legends Unleashed introduces High Magic to Savage Worlds, magic powerful enough to alter battles and change the world. What tips do you have for GMs who want to keep control of the setting but who want to let their players enjoy this sort of power?

There are inherent limitations to High Magic that make it powerful, but never ubiquitous. Generally, most characters will not be able to cast more than one or two such spells in an encounter, unless they are standing on a Locus of power. Even then, there are major risks (Fatigue checks) and penalties that can make it dangerous as well as powerful.

I strove to make High Magic at once exciting and manageable. I believe most Game Masters and Players will agree and be very pleased.

As well, remember that Shaintar is a huge world with lots of things going on. There are cosmological beings who can and will clean up particularly nasty messes if things go too awry, and the opposition has countering power as well.

You’ve spent years on Shaintar and invested a lot of emotion and energy into it. Would you recommend other GMs and world creators bring their own creations to market?

Only those for whom the passion and drive to do so is matched with the discipline and focus to push through the inevitable grinds that come about when you go from hobby play to professional development. You’ve got to be willing to let others criticize you, fix your mistakes, and tell you when you’re doing it wrong. You’ve got to be willing to push through that next ten thousands words after the first thirty thousand have drained the fun out of it.

If you can take a break, come back to it, and find that magic again, you’re probably in the right head space to do something more than just run your setting.

Bringing a setting to market, however, also means living with it constantly as a product you are selling, and you need to have strong hooks for doing so. Why is your setting worth money and time investment? No, REALLY, why is it? Trust me when I tell you that I’ve had to face that challenge for many long years, and will from here on out. Being able to answer that question with strength of conviction and passion, and give an answer that really appeals to others, is the final key to success.

Will you be sticking with Shaintar for a while or would a super successful Kickstarter effectively wrap up the project for you?

A super successful Kickstarter means I will be living more fully in Shaintar over the next few years than I’ve ever lived in it for the last 36 years. I will never be through with this world – it won’t let me be through with it.

Actually, I should say “she;” the living spirit of Shaintar is the Silver Unicorn, and she’s become one of those characters that lives in my head, as happens with many writers. She has too many stories to tell with too many people around the world, and my greatest desire is for her to live on vibrantly long after I am gone from this life.

Having said that, I do have other projects I am working on, including a supers setting called Modern Gods and a project that ties everything together called the OmniCosm. Check out evilbeaglegames.com for a bit more on them.

Thanks for the time and chance to share with your readers!