Global warming has resulted in much of Earth’s land being lost to the waters. It’s the early 21st century when a “Fleet of Fog” apepars on the oceans, armed with super weapons, and defeats all rival navies. Mankind can no longer even try by sea.

Nearly two decades later, Gunzo Chihaya and friends get their hands on a Fleet of Fog submarine and rename it the I-401. Now they’ve a weapon to take on the rest of the fleet.

This is the first trailer for the sci-fi naval anime Arpeggio of Blue Steel. 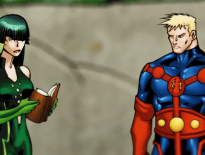 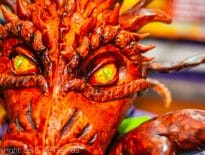 Geek Stuff The mighty dragon cake sacrificed during Magic: Th…
wpDiscuzComment Author Info
Manage Cookie Consent
This site uses cookies 🍪, and links are ads that may earn bloggers some money 💰, and with this alert, I very much hope that these dark truths 🧌 are acknowledged.
Manage options Manage services Manage vendors Read more about these purposes
Preferences
{title} {title} {title}