You are here: Home / Books / Comics / Hostage to Heritage: A review of Lost Fleet Corsair

Wait, wait… I’m not saying Lost Fleet was the first sci-fi I enjoyed. Of course not. It’s just that I found the first military variants of the genre I tried to read to be pedantic and uncharismatic. They worried about all sorts of the details I didn’t care about and failed to bring to life any of the aspects of military (or navy) life in space that I thought would be interesting.

The Lost Fleet series was exactly what I wanted.

But, as sometimes is the case, I didn’t keep up, and I’ve not read any of the newer books. Now, the graphic novel Lost Fleet Corsair seems like a blessing. It’s a chance to find out what’s going on and follow this ‘new’ Geary.

Lost Fleet Corsair isn’t about John “Black Jack” Geary; it’s about his grandnephew Michael Geary. I’ve already acknowledged I wanted to see what this ‘other’ Geary was up to and the novel begins with Michael bemoaning just what life was like living in the shadow of Black Jack.

My first concern was that Michael would be nothing but bitter and twisted. Soap opera style emotional drama is not why I pick up a Lost Fleet book. Thankfully, it’s not a big part of the first run of Corsair in any way. It’s acknowledged, and then events move on – at pace.

The background to the Lost Fleet is simple (at first) with a war between two human sides. There’s the Alliance and the Syndicate. The former being the goodies on account that’s the side our heroes belong to and the latter being a commercial construct, driven by profit and run by CEOs.

Lost Fleet Corsair begins with spoilers as to how that war probably ends and with Michael Geary held captive on a Syndic ship. The plot twist is that a portion of the Syndic crew are unhappy, want to rebel and get home and so they offer Geary the chance to live by joining in their rebellion and helping them.

What the Lost Fleet Corsair gives us is a chance for the Syndic forces to be seen as people. Or, at least, for people to try and shrug off those corporate ideologies and think about the comfort of home, family and doing the right thing. As a result, Michael Geary finds himself needing to think about his famous family too, just in a different way.

Most importantly; it’s entirely possible to chuck aside all of Corsair’s clever echoing and enjoy it as a good military drama. You have two crews wedged together on a ship trying to get home. Star Trek might have gone their first but I think Lost Fleet does it better.

The tempo of the graphic novel is exactly right. The blend of human character building, space military tactics and action comes at exactly the right pace to keep you flicking over the pages. There’s one aside to events going on in Earth but I suspect that’s important foreshadowing for what comes next.

The art is punchy too.

That can’t be an accident. I guess it makes sense. I know in spaceships can be cuboid in shape without bother but I imagine these shark-like vessels are designed to strike fear into their enemies and the humans they repress.

There are some strong female characters in Lost Fleet Corsair too and their uniforms are only a touch tighter than the male characters’ clothes. Looking for a bikini wearing space queen pirate? This isn’t the sci-fi series for you.

The challenge in this story is to make us care for the characters. Why should we? It’s not the “real” Geary. Half the crew aren’t even Alliance. Campbell’s success is taking that weakness and reversing the roles so that it becomes a strength. You should be interested to see whether Michael can work with the rebellious Syndics to get home or whether his famous surname is nothing but luggage.

I enjoyed Lost Fleet Corsair as much as I hoped I would. It’s 129 pages long, I read it a flash and can’t wait for the next 129.

A look inside Lost Fleet Corsair

My copy of Lost Fleet Corsair was provided for review. The graphic novel is available in paperback, on Kindle or comiXology.

Hostage to Heritage: A review of Lost Fleet Corsair 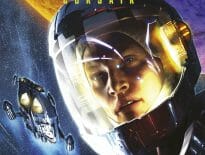 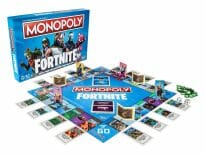