You are here: Home / Geek Stuff / Cool Tech / A hands on review of the Acer Iconia A1

The first way the Iconia A1 impressed me was with the battery life. The Android tablet had a sliver of power in it when I wrestled it out of its wrapper and out of its box. I was in a busy hotel bar, totally unable to get near a power point, but that sliver of juice lasted nearly an hour with wi-fi on and while the device synced with my Google account.

The fully charged Iconia A1 lasted a further 12 hours of standby and then another 8 or so of fairly heavy, wi-fi on, Bluetooth off, use. That’s impressive. In fairness to the Iconia A1, there’s a lot to be said for this cost-effective 7.9” tablet.

This tablet is likely to retail for around £140.

You can’t compare it to the iPad Mini. It’s hard to imagine a Tech Dad handing out a trio of iPad Minis to his kids. Not only would it cost but our Tech Dad would be in constant fear over the fate of the Minis. Acer is capable of making quality devices, look at the high end Aspire laptops for example, but with the Iconia Android Tablet range, their strategy seems to be to make affordable devices that whole families could enjoy.

You may not be able to compare the Iconia A1 to the iPad Mini but you can compare it to the Nexus 7. In fact, that was my first reaction when I got my Iconia. I had a Nexus 7 in my pocket. The Iconia has four cores and a CPU speed of 1.2 GHz. That gives the devices the same horsepower and, if anything, the Iconia feels faster than my Nexus 7.

The biggest difference between the Iconia A1 and the Nexus 7 is the device size. The Iconia is nearly an inch bigger. Importantly, the Iconia A1 is still a device you can hold in one hand and it is quite comfortable to do so. However, that extra bit of screen makes a big difference to the browsing experience. This photograph shows Geek Native on both devices. The blog uses Wootheme’s responsive Canvas and on the Nexus 7, you can just see the menu had retracted to a small screen mode and there’s no right-hand-side nav bar in view. On the Iconia, you nearly have the full-screen experience of the blog.

In technical terms, the larger screen size allows a 4:3 aspect ratio whereas the Nexus is 16:9.

The other significant difference is that the Iconia has a rear-facing camera. Here we see the difference in strategies. The Iconia A1 is trying to be as much of a “full-sized” tablet as possible, offering the full suite of experiences, whereas the Nexus 7 is a browsing device with the front-facing camera just to support video chat.

Is it a great camera? No. Not really. In testing, we found it quite hard to get the sort of picture quality we’ve come to expect from our smartphones, despite touting 5 megapixels. Nevertheless, the rear-facing camera does the business.

The Iconia A1 is light (although, on paper, it should feel heavier than Samsung’s 8” range). It’s about 11.1m thick and easy to pass around or balance in one hand. It’s hard to describe the feel of the device though; it’s robust, feels solid without being heavy but the white back of the tablet flirts tacky side of plastic.

It’s almost as if Acer has transferred some of “feel good” vibe from the back of the tablet to the front. It should just be a 1,024 x 768 screen but I think it looks better than that. This is certainly a tablet you’d be comfortable watching hours of YouTube or Crunchyroll on.

In this review of the Iconia A1, I’m painfully aware that for every positive point about the device I can find a niggle to contradict it. So it is for the screen. It looks great and is the perfect size for lazy browsing in bed but we’ve found the touchscreen to be a little slow. Sometimes you need to stab twice in order to successfully press an on-screen button.

I’ve really enjoyed my time with the Iconia A1 so far. The tablet has already found a role and a place in this small but tech-rich apartment. I’ve saved the biggest grumble for last, though, and that’s the vibrate function. This is a scary option. The Iconia seems to rattle and clank rather than silently vibrate. I swear I can hear metal on metal with each ring. I’ve turned off all the vibrate options on the tablet everywhere. I don’t want it to explode in my hands.

Overall: A contender a starter “single-handed” Android tablet and a good choice if you’re looking to equip a family with a YouTube watching, game playing collection of tablets.

Final thoughts on the Iconia A1

Acer might be eying up families with the Iconia A1 but I wonder if would attract attention from corporate IT departments and even convention organisers given its price range. This is the sort of tablet you could give all your support guys so as and when they visit desks or booths, they could check the web and update status pages.

The roleplayer in me certainly eyes up the Iconia A1 as a character sheet device. It is exactly the right size for a replacement to paper sheets. It’s small enough not to obstruct the game but large enough to ensure readability.

Disclaimer: Tablet provided by Acer. Neither review nor coverage was requested. Perhaps Acer was confident that this is a tablet that would naturally attract reviews and observation. If so, they’re right.

The Novo 8 Discovery 8″ tablet also launched this week and is available through T ablet Sprint for $169 and is made by Ainol Electronics, which won runner-up for Best Tablet of the Year at CES 2012; and this new model compares to the new Acer Iconia A1, but offers better features and is priced less – with a more powerful battery (5000 mAh) compared to a 3250 mAh on the Acer, and twice the DRAM (2GB). An 8″ size tablet offers 65% more screen space to play with compared to the Nexus 7.. The Discovery model matches most features… Read more »

I have an Iconia
How do u make it vibrate?
Can’t find any vibrate setting

A hands on review of the Acer Iconia A1 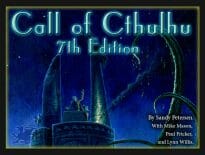 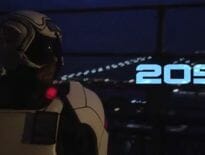