You are here: Home / Geek Stuff / Cool Tech / A hands on review of the Xperia Tablet Z

Let’s talk about the specs later. It’s not the technical capabilities on Sony’s 10.1” tablet that grab your attention when you pick up the Xperia Tablet Z. What you notice is the size.

This tablet feels very light. It’s very slim. I think this is important. In discussions with geeks who have tried to go from iPad to either something from Amazon or one of the more traditional Android manufacturers they’ve had a problem with weight. If a tablet isn’t light enough that you can be lazy with it then it’s at a disadvantage to Apple’s dominant offering.

The Xperia Tablet Z feels light and yet robust enough to be considered alongside iPads. Even if the Tablet Z flirts with edgy corners. 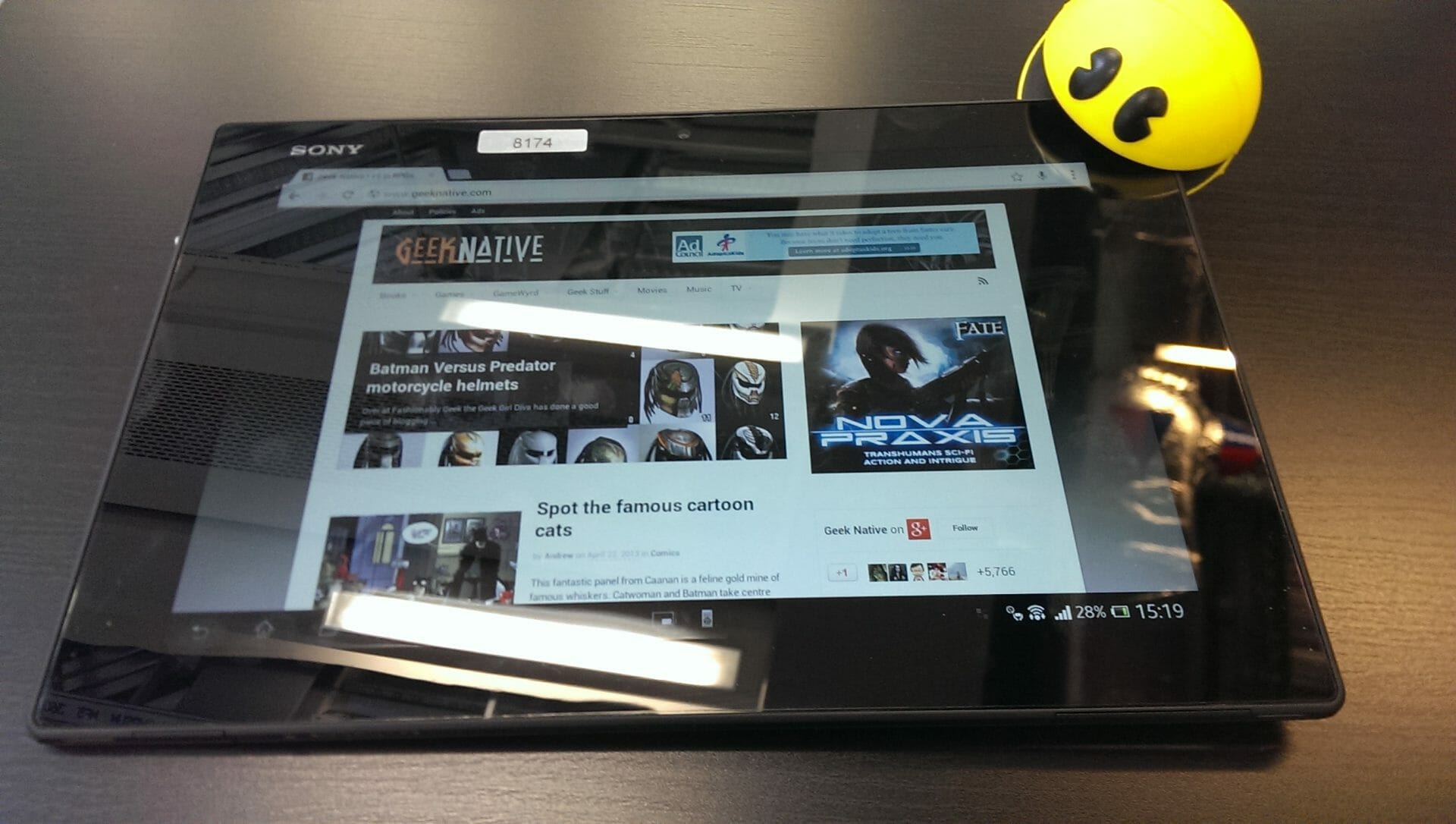 You quickly discover that the specs aren’t a problem. This tablet is quick and responsive. That’s important. When a device feels as natural in your hands as the Xperia Tablet Z does that experience is ruined if the interface is then sluggish and annoying. Sony’s avoided that problem.

We are talking 1.5Ghz in processor speed, a Qualcomm Snapdragon S4 Pro. There’s 2GB of memory but with storage starting at 16GB. This combines with an impressive display (1920×1200, with 16,777,216 colours) and BRAVIA engine 2. I’ve yet to see an Xperia Tablet Z that had a fingerprint problem so I’d suggest the screen’s anti-fingerprint treatment works well.

“I’ve yet to see an Xperia Tablet Z that had a fingerprint problem so I’d suggest the screen’s anti-fingerprint treatment works well.”

Battery life is always going to be a problem. Fact. The good news is that I think Sony have done pretty well in squeezing all the juice possible for this device. The last time I was handed the tablet to play with, it had almost no battery indicator left and yet I had it for easily 30minutes, finished everything I needed to do and gave it be back. The battery lasted.

There are some features the tablet enjoys that are worth a mention.

First off is the dust and water resistant nature of the device. I say “water resistant” but I dropped one into a tank of water at the Gadget Show Live and its fine. Previously I recognised why such a feature would be good for a smartphone but wondered what the attraction was for a tablet. After all, the tablet isn’t going to leap from your hands and into a puddle and you’re certainly not going to use it in the shower. Why is waterproofing useful on the tablet? Kids and spills.

Friends of mine with kids have been quick to point out that their darlings have a knack of throwing liquid at the most expensive electronic item in the room. I would consider the waterproofing on this tablet part of its armour. It might also be useful if you’re using it to read recipes in the kitchen.

Another feature worth noting is the tiled windows icon. I’ve had this feature on all my Android devices but never really use it. If I press it now on my HTC One then my screen shows me a collection of thumbnails for recent apps. I suppose it’s an alternative navigation feature. The icon is far more effect on the Xperia Tablet Z as it uses some of the screen to show me (albeit a similar) menu. It just feels better. I’d actually use this button.

Lastly, I think the prominence and easy of reach of the remote control icon is clever. This is a living room device. One of the big attractions of any Sony Android is the compatibility it offers with your PlayStation.

“I liked the Xperia Tablet Z and I liked it far more than I thought I would.”

What’s the conclusion? I liked the Xperia Tablet Z and I liked it far more than I thought I would. I have a Nexus 7 and keep a causal eye open for any 10+ inch tablet that might tempt me. The Nexus 10 tempted me a little, the Tablet Z tempted me a little bit more but I still don’t think I’ve been edged into the buying zone.

If I didn’t already have a Nexus 7? If I wanted only a large smartphone and a tablet? That would be a different story. Had that been my situation then I suspect very strongly that I’d be in the Xperia Tablet Z pre-order queue.

A hands on review of the Xperia Tablet Z 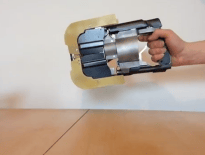 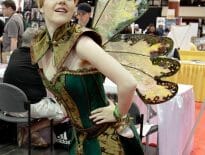