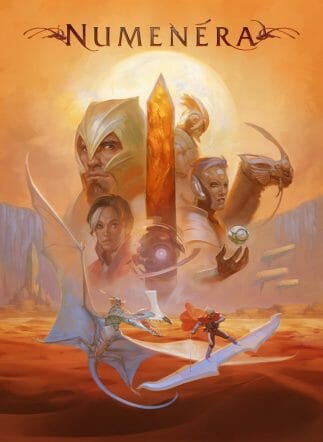 Monte Cook’s latest setting Numenera has the weight of the world on it.

As a “sequel” to Planescape: Torment, Brian Fargo and inXile, launched Torment: Tides of Numenera. This was also a Kickstarter project and one which raised $4,188,927 from 74,405 backers.

So Monte Cook’s Numenera is not just the RPG he quit DnD Next for, not just a half million dollar RPG but also the setting for a four million dollar computer game. Pressure, right? Cook, thanks to stretch goals, will also be writing for the computer RPG.

Over at DriveThru RPG Monte Cook published an item called Numenera Preorder. Kickstarter backers need to check they’re not already due a copy of the game.

Geek Stuff LEGO offers exclusive Star Wars Day goodies
💰 Copper Coins 💰 Geek Native is an affiliate and may earn commission on purchases you make from third-party sites.
🍪 Privacy & Cookies 🍪 The site uses cookies to survive. By accessing the site, you agree to use your browser to control cookie use or take 1d4-3 privacy damage (tracking). If you defeat cookies via ad blocking, please consider the Patreon. An intro to cookies, and how to control them, can be found here. I Manage Cookies