It’s been a day of zombies on Geek Native but it’s not over yet. Why not grab some zombie action for yourself?

This project is a funded Kickstarter. At the time of posting it has over £18,000 for a £15,000 ask. There’s only two days left on the clock, though, so not one you can consider over the weekend.

The pitch from Todor Minev, based in Edinburgh (Geek Native’s home town), is simple. Here are the zombie heads we want to make. Here are some ideas for them.

If you’re lucky you can still grab a zombie head for £15. If you’re too slow then they’ll start at £17. I’m not sure I’ve space in the kitchen for them… not sure I can avoid backing this project though. Hmm. Zombie ice cream!

There’s more. if you pledge £20 then you reserve your own Cthulhu ice cream cup or beer mug. This is a partnership with the hugely successful Actung Cthulhu Kickstarter from Modiphius. 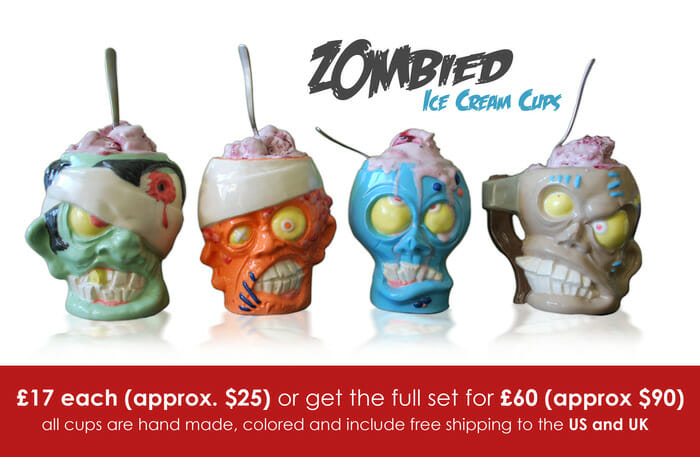