It’s International TableTop Day! You may well have noticed by now as the web is all a flutter about it.

How is Geek Native taking part? This blog is covering the virtual side of the event. You might risk a peek at 5 RPG Kickstarters or even join one of 10 Google+ RPG communities and hopefully grab one of the 20 free products at the TableTop Day sale.

International TableTop Day should be about trying something new. If a new Google+ community, game or Kickstarter project isn’t for you then what about following a few new Twitter accounts? It’s an easy way to support the hobby and a great way to stay in the loop. The Twitter accounts here are a mix of the small to the large.

It’s the new Gygax Magazine and it’s published by Luke and Ernie Gygax. The company name? TSR. How appropriate that next generation of the Gygax legacy is on Twitter.

Mark Rein-Hagen created the famous Vampire: the Masquarade. His new company is called Make-Believe Games and does board, party, card and roleplaying games. At the time of posting they’ve less than 100 followers so you could be one of the first.

A new fantasy RPG by Rob Heinsoo and Jonthan Tweet being published by Pelgrane Press. This may be one of the most talked about games of 2013. Worth following?

Today isn’t just International TableTop Day. Today also marks the return of Doctor Who to TV. It’s Cubicle 7 who have the Doctor Who RPG license and they’re supporting today by offering the game at 50% off in the DriveThru RPG sale.

This indie studio has just released their Shattered Moon, a dark, post apocalyptic fairytale setting and therefore a great time to take a look.

An RPG about witches that blends the traditional RPG with that of CCGs like Magic: The Gathering for a fast paced game. Not your usual discovery.

Chronicle City is a new big fish in the RPG pond. Set up by industry expert Angus Abranson the company is already supporting dozens of indie publishers. That’s worth a follow.

Tweet RPG is entirely free and lets you get your gaming fix via Twitter. Will it be long before we see publishers offering something similar? 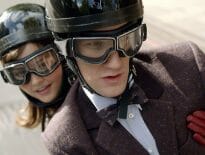 TV Questions after The Bells of Saint John [spoilers]… 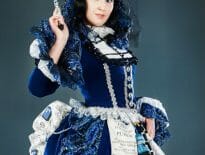