You are here: Home / TV / Questions after The Bells of Saint John [spoilers]

Doctor Who has returned to our screens in the run up to the 50th anniversary. As expected in this episode the eleventh Doctor manages to catch up with someone called Clara.

This post contains spoilers and speculation. We ask some of the questions that have risen as a result of the new plot and share some observations of the episode. 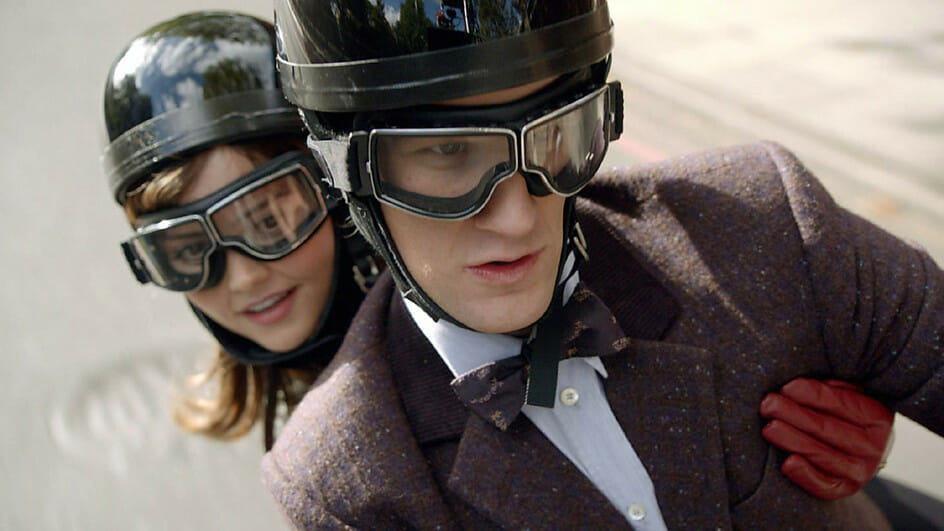 Did you catch the author of the book the household’s daughter was reading? It was Amelia Williams. Should Amy Pond wish she could use the name Amelia Williams, being married now to Rory Williams.

11 is the best; you’ll cry your eyes out

A great line from Clara.

Clara’s age skipped 23 in the book with a leaf for a first page. She also seemed to struggle to type in 23 as a password field.

Of course, all this could be coincidence but it’s fun looking out for.

The woman in the shop

Clara rang the Doctor. When she was asked where she got the number from her response was just to say it was a woman in the shop. This woman, whoever she was, promised it was the best help line in the world.

So, who was the woman in the shop? Share your guess in the widget below.

Questions after The Bells of Saint John [spoilers]