You are here: Home / GameWyrd / Echoes from the Wyrd / RPG Previews: Vargenzin | Echoes #15

Vargenzin are the demonic spawn of the god of the seas and a succubus. They appear as attractive female humanoids from the waist up, but have monstrous serpentine lower bodies with four octopus-like tentacles at their hips. These demons often adorn themselves with jewelry such as armbands and bracelets.

Vargenzin typically stand about 6 feet tall and measure about 15 feet long from head to tail. They usually hide the monstrous portion of their bodies in water or behind brush only revealing their attractive humanoid sides. Vargenzin often consume their prey amidst engaging in carnal activity with them, using their constricting ability to heighten pleasure.

While they generally prefer marine environments, vargenzin may settle in a marsh or other brackish water environment. A vargenzin sometimes enslave lizardfolk to do its bidding and bring sacrifices to it.

For every two hit dice increase, add a pair of tentacles. This continues until the vargenzin has four pairs of tentacles making the lower part of its body appear like a true octopus.

Combat
Vargenzin rely on their slaves to do most of the fighting, while they attempt to hypnotize their opponents by slithering side to side and using a mesmerizing gaze. Often targeting the most attractive person, whether male or female, a vargenzin will try to take the subject to their lair to wrap their tentacles around him or her, fulfill their carnal desires, and then devour them. Vargenzin typically wield a +2 trident.
Constrict (Ex): On a successful grapple check, a vargenzin deals 2d6+2 points of damage.
Immortal: Because of their deity bloodline, vargenzin are immortal. They cannot die from old age or other natural causes.
Improved Grab (Ex): To use this ability, a vargenzin must hit a Medium-size or smaller opponent with one of its tentacles or its tail slap attack. It can then attempt to start a grapple as a free action without provoking an attack of opportunity. If it wins the grapple check, it establishes a hold and can constrict.
Spell-like Abilities: At will-charm monster, hypnotism, and suggestion. These abilities are as the spells cast by a Twelfth level sorcerer (save DC 17 + spell level).
Summon Snakes (Sp): Once per day, a vargenzin can attempt to summon a giant constrictor snake or 1d4 large viper snakes. Though they are half-demon, vargenzin cannot summon other demons.
Skills: Vargenzin have a +4 racial bonus on Listen and Spot checks. 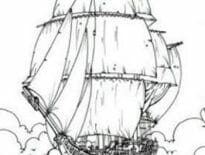 Echoes from the Wyrd RPG Previews: Island of the Damned | Echoes #15