You are here: Home / GameWyrd / Echoes from the Wyrd / RPG Previews: Last Rites of the Black Guard | Echoes #14

Last Rites of the Black Guard

An 7-paged Last Rites of the Black Guard preview can be downloaded at the end of this page. The following text and illustrations are only a small example. 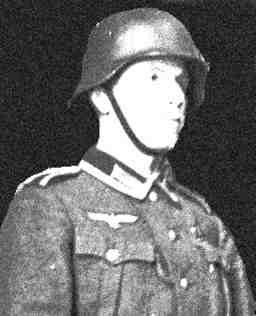 ROSETTA, Texas– A local Rosetta man found dead in his home last week has been identified as a Nazi Officer who perpetrated many experiments and crimes against humanity during the Holocaust. Authorities were surprised to find Nazi documents and paraphernalia in a secret room of the home of Frank Manz. Papers found in the home were sent to Bonn, Germany for verification. This information allowed the police to identify the man’s true identity to be that of Dr. Franz Heimglimmer. Dr. Heimglimmer is a former member of Germany’s Nazi party, who escaped the allies in 1945.

Lead Detective Hector Martin refused to discuss the case, but did state that the paraphernalia originated from a large concentration camp in Poland named Bergenvalden. Dr. Heimglimmer worked at the camp serving with the camp’s medical staff. He is purported to have been a protégé of Dr. Mengler, one of the most infamous of Nazi doctors. Heimglimmer is alleged to have participated in various Nazi experiments on children, the invalid, and the insane. Dr. Heimglimmer was last seen in Germany shortly after the Nazis surrendered. He managed to elude capture, fleeing to South America. The US Secret Service has been advised of the case and is conducting an investigation on how this Nazi doctor could have entered the US and lived undiscovered for over fifty years.

Dr. Irwin Revinowitz, a member of the Rosetta Medical Examiner’s Office, examined the corpse and the preliminary autopsy suggests that Dr. Heimglimmer died of natural causes, relating to the hardening of the arteries. A startling mystery regarding the corpse is that it had been partially mummified. Dr. Revinowitz stated that he had “no explanation for the mummification of the body, but a more detailed autopsy will be conducted.”

Neighbors regarded Mr. Manz as the “quiet sort.” One neighbor stated that Mr. Manz often “worked in his yard and was a nice enough old man.” They also said that he often played with the neighborhood children and gave out the most candy during Halloween. No one in this upscale neighborhood suspected Mr. Manz’s horrid past.

Sources close to the investigation revealed some interesting facts regarding finds in the Heimglimmer home. Documents and photographs found in the home link Dr. Heimglimmer to the secretive Birkhuhn, or the “Black Guard”. Before being assigned to Bergenvalden, Dr. Heimglimmer worked with this unit of the Gestapo, which specialized in the occult. Several artifacts were found inside the house. These include a large golden Star of David dating back to the 12th Century AD, and organ urns (Canopic Jars) believed to have originated from ancient Egypt.

Israeli authorities have requested permission to join the investigation. Dr. Heimglimmer’s part in the Holocaust is of great interest to Jews all over the world. Many seek information and possessions regarding loved ones who were lost during that disastrous page of history.

These small balls of energy are rarely seen with the naked eye, but are often captured on film or video. They may be any color, and some investigators believe the colors may be used to communicate feelings. Many ghost hunters refer to ABEs as Orbs. 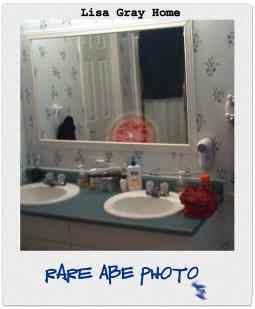 Since the beginning of electronic or encoded recordings, sounds, words, and phrases have been present with no rational explanation. Some believe these are the spirits of the dead, attempting to communicate with the world of the living. EVPs are typically difficult to understand and are usually short in duration. The Emery Recordings of 1922 reportedly recorded the voice of Abraham Lincoln saying, “Shhh…Mary’s sleeping.” Several well-respected scientists examined the Emery Recordings, with no explanation for the recording.

Commonly believed to be the disembodied spirit of a dead person or animal that generally appears as a pale, shadowlike apparition. Many ghost hunters and religious experts have differing opinions on ghosts, some stating that they are the souls of those that are somehow trapped here on Earth, and have yet to “cross over.” Others believe that these spirits have not yet realized they are dead, perhaps due to an untimely death or murder. Some religious experts believe that ghosts are some sort of demon that appears to the living in an effort to confuse and cause those who are religiously inclined to doubt their religion or faith. Yet other experts believe that ghosts are some sort of naturally occurring spirits that express some strong emotion in a dimension that somehow crosses into our own.

A recording technique used to research paranormal spirit / ghost images and voices. These recordings may be on recorders of many types and have even been reported on answering machines. (Phone calls from the Dead!) It is when a spirit, energy, or being uses modern technology in an attempt to commune with the living or the dead. 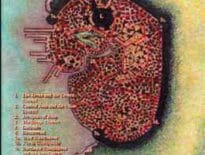 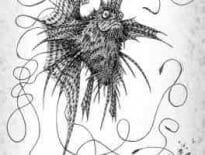 Echoes from the Wyrd RPG Previews: Monsters of the Boundless Blue | Ech…
wpDiscuzComment Author Info
Manage Cookie Consent
This site uses cookies 🍪, and links are ads that may earn bloggers some money 💰, and with this alert, I very much hope that these dark truths 🧌 are acknowledged.
Manage options Manage services Manage vendors Read more about these purposes
Preferences
{title} {title} {title}