There’s no doubt that Modiphius was making an impact with Achtung! Cthulhu. The blend of World War II and the Cthulhu mythos was so horrible that it was right. The multi-system approach was modern and widened the appeal of the game.

Geek Native intervied Chris Birch in July 2012 and dug a little deeper into the set up.

Now it seems Birch feels it’s time for Kickstarter. A campain to raise £8,000 will allow The WW2 Keeper’s and Investigator’s Guides to see print. 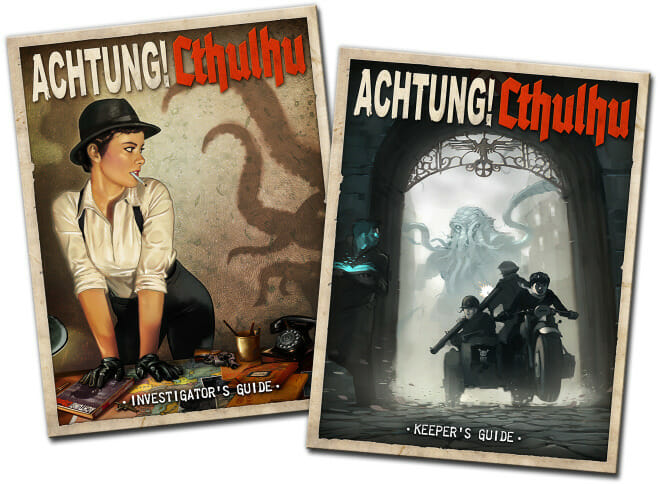 At the £8,000 mark the books are produced for Call of Cthulhu and if the campaign hits the £11,000 mark then Savage Worlds and Realms of Cthulhu compatibility will be unlocked. The Keeper’s Guide becomes a full colour hardback at £20,000.

It looks like the campaign has started strongly; dozens of backers in the first few hours and nearly £3,000 on the total before America even wakes up.

A side benefit of watching the (loud) pitch video? You get to find out how to pronounce Modiphius correctly.