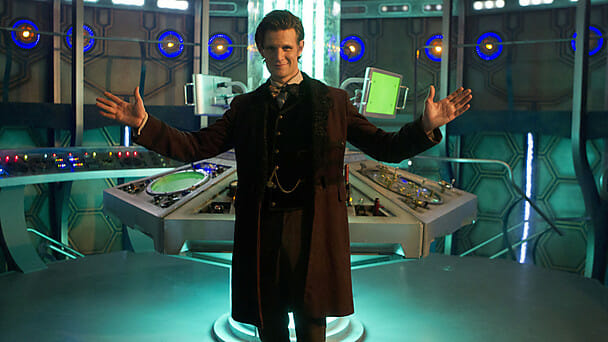 The BBC’s Controller of Drama Commissioning, Ben Stephenson, has announced Doctor Who will broadcast in 3D.

‘As part of the BBC’s blockbuster celebrations to mark the Doctor turning 50, fans will be able to see the Time Lord and his adventures like never before – in 3D!’

What’s not clear is which episodes will be shown in 3D. New? Old? Or special 50th anniversary programs. Lead writer and executive producer Steven Moffat found a Doctor Who joke for the news;

‘It’s about time. Technology has finally caught up with Doctor Who and your television is now bigger on the inside. A whole new dimension of adventure for the Doctor to explore.’

Doctor Who returns to the TV in the UK on Saturday, 30th of March. Will we solve the Clara mystery?

PC Gas Powered Games cancel million dollar Wildman RP…
💰 Copper Coins 💰 Geek Native is an affiliate and may earn commission on purchases you make from third-party sites.
🍪 Privacy & Cookies 🍪 The site uses cookies to survive. By accessing the site, you agree to use your browser to control cookie use or take 1d4-3 privacy damage (tracking). If you defeat cookies via ad blocking, please consider the Patreon. An intro to cookies, and how to control them, can be found here. I Manage Cookies