You are here: Home / GameWyrd / Echoes from the Wyrd / RPG Previews: The Complete Guide to Beholders | Echoes #11

The Complete Guide to Beholders

An 13-paged, Complete Guide to Beholders preview can be downloaded at the end of this page. The following text and illustrations are just a sample.

Beholders are extremely powerful creatures with highly focused minds. In addition to its natural inclinations, the Dominion of a beholder plays a tremendous part in shaping its behavior. As a result, beholders are generally unsuitable as player characters. It is extremely unlikely that a beholder would abandon the goals of its Dominion, and if it did, it would still have little in common with the typical group of adventurers.

Most beholders rely on the power of their eyestalks as opposed to following the paths of one of the traditional character classes. Beholders generally advance in power by adding aberration levels. The Void does not answer the call of clerics, and with the power that they inherently possess few sovereigns feel the need to study arcane magic (a lack of limbs also poses a problem for would-be beholder spellcasters). However, a small handful develop class levels. The beholders of the Final Forge and the Eternal Vigil often acquire rogue levels, developing Charisma-based skills to assist in their manipulation of humanoid civilizations. Eyekin who rise to become beholders through the Rite of Full Communion sometimes maintain the skills they developed in their first lives. And then there are the prestige classes supplied in this book: the eye of the void and the juggernaut.

A beholder is born with all of its powers, so a beholder character begins with its full hit dice and abilities. However, the following traits apply for purposes of personalizing the character. 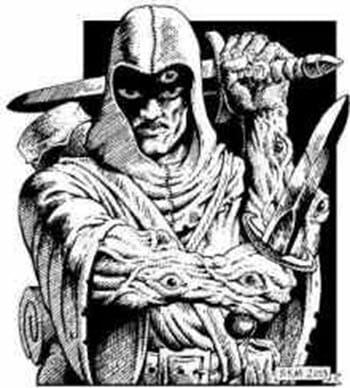 Eyekin as a Character Race

The raw power of a beholder makes it difficult to add beholder PCs to an adventuring group. But the eyekin – the subraces of humanity corrupted through long contact with beholders and the Void – are an excellent choice for the player who wants a few extra eyes on his character.

There are a few basic ways to work eyekin PCs into a campaign. Depending on the nature of the party, the character could be working on direct orders from his Dominion. While this is ideally suited to a party of evil characters or amoral mercenaries, an eyekin character in the service of the Dominion of Revelations or the Final Forge could actually be sent on missions that could benefit the humanoid world.

Another classic character option is the renegade – the eyekin who has fled from his evil masters and who has turned his skills and natural abilities against the tyrants. Or perhaps an entire community of rebel eyekin has successfully overthrown the local sovereign – and as one of the heroes of the community, the PC must help his people find a place in the world.

The eyekin have the following traits and statistics.

Personality: The eyekin come from human stock, but they have been tainted by centuries of contact with the Void. As a result, their personalities are colored by the aspect of the Void associated with their beholder masters. Eyekin serving the Dominion of the Eternal Vigil tend to be furtive and paranoid, while the eyekin of the First Eye are proud and haughty. However, this influence is less pronounced in the eyekin than the beholders.

Most eyekin consider their race to be superior to all other humanoid species; even if the eyekin are effectively slaves, they are proud to serve their mighty masters and strive to prove their worth. Almost all eyekin dream of one day ascending to become beholders themselves. There are certainly exceptions to these rules; the Dominion of the Poisoned Eye treats its slave populations with great cruelty, and most eyekin rebellions have occurred in the holds of the Poisoned Eye.

As a race, the eyekin are single-minded in their devotion to the beholders. They have little interest in art, humor, or entertainment; to the eyekin, work and the associated chance for advancement are everything.

Physical Description: The bulk of the Eyekin populace is identical to human beings – at least, to a casual glance. What distinguishes the eyekin from their human ancestors are the many eyes scattered randomly around their bodies. The average eyekin has seven to thirteen extra eyes placed across his body. The color and shape of these eyes do not match his facial features. These additional eyes are covered with a tough, transparent membrane, allowing an eyekin to walk with an eye on the sole of his foot. Generally an eyekin can conceal his additional eyes with clothing, although additional eyes on the face can be difficult to hide.

As an eyekin gains levels in the prestige classes presented in this book, he becomes an eyekin aberration. Over time he will develop more severe physical mutations. The most common effect is the appearance of eyestalks on the character’s head, but a variety of other mutations can occur.

Eyekin do not live as long as normal humans; their corrupted physiology burns out quickly. An eyekin achieves maturity at 12 years, and rarely lives to be 60 years old. Eyekin aberrations live far longer than their kindred; each level of beholder cultist or aberrant warrior class adds 10 years to the maximum lifespan of the character.

Relations: Eyekin are secretive creatures who rarely reveal their true nature to outsiders. When they are not isolated in beholder or eyekin communities, they are usually working undercover in the service of the eye tyrants.

Alignment: Eyekin communities lean towards the alignment of their associated Dominion.

Eyekin Lands: For the most part the eyekin serve in beholder territories, which are typically subterranean. There are eyekin communities scattered throughout human lands, but the true nature of these communities is typically secret.

Religion: Most eyekin revere the Void and consider the sovereign beholders to be the divine representatives of the Void. Eyekin aspire to become beholders themselves. As the Void does not respond to traditional prayer, there are few eyekin clerics. Instead, eyekin mystics will follow the path of the sorcerer or pursue one of the prestige classes presented in this chapter.

Language: Common and the language of the beholders.

Adventurers: Eyekin adventurers are either those who have escaped from their masters or who are traveling through the world at the request of their masters. It is rare to find an eyekin traveling the world trying to find her place in it, but it is rarer still that she will reveal her true nature. Some eyekin are trying to find the legendary rebel eyekin who have successfully formed their own culture, but most are simply trying to make their way in the world. Even after they leave, however, eyekin still have personality traits associated with the Dominion with which they grew up – Poisoned Eye eyekin will often be violent, the Final Forge eyekin tend to be organized, and the Enigma eyekin are secretive. 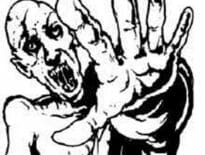