An exclusive, 3-paged, Character Customization preview can be downloaded at the end of this page. The following text and illustrations are just a sample.

Monster templates are one of the best things about the system. In fact the idea should have been pushed into more parts of the system. Spells like silent image, minor image, major image, etc should all be template-based. But, that is another book.

Prestige classes should be viewed as templates. Most prestige classes are designed all at once to fulfill a specific niche in a campaign. This is fine when only you and your players will use the class but goes awry when you want to transport the prestige class to someone else’s campaign.

Prestige class design should come in two steps. In one step, one designs the mechanics of the class. In the other step, one designs the campaign background of the class. You are free to do these two steps in either order. The important part is to delineate the two tasks. When designing prestige classes for your own campaign you will most likely perform the background step first. But if you want your prestige class to be portable to other campaigns, you should design its mechanics first, independently of your campaign.

To make this easier, the layout of a prestige class description should reflect the two steps. The mechanics portion of the design is listed first as a template. It is followed by the campaign specific background along with other template notes and additional requirements.

Throwing it all Away

Not all prestige class concepts make viable templates. While developing a prestige class by separating the game rules from the roleplaying aspect makes it easier to balance the class. Sometimes the prestige class template is awkward to work with.

Other times the subject matter of the class does not lend itself to having parameters. In these cases, add the flavor text directly to the template and the result is a normal prestige class description.

The mechanics of a prestige class are mostly found in these templates. The following section describes the format of each prestige class template that follows.

Describe the overall concept of the class here. What niche does it fulfill? Explain why certain classes might be better off using it.

This section is only necessary for prestige classes that improve a normal ability that can be generalized to a similar ability. Typical template parameters are listed below:

Parameter: Describe what the parameter should contain. Try not to include too many parameters in a template as that can make the write-up awkward. In subsequent sections of the template, refer to the parameter by placing it in brackets: [Parameter]. Typical parameters include skills, weapons, terrains, monster types, monster subtypes, spell subtypes, the choice between arcane and divine, etc. Skills are the most frequent template parameters.

Describe the requirements of the class. Requirements should be listed in this order. Omit elements that are not needed: Alignment, Ability Scores (in a comma separated list), Base Attack Bonus, Base Saving Throws (list individually), Skills (listed individually indicating the minimum number of ranks needed, not the minimum bonus), Feats (in a comma separated list), Spellcasting, and Special (for anything else).

Requirement: The level/rank of the requirement or a description of it.

List the class features. Standard features should be listed first in this order, followed by template specific features: Hit Die, Class Skills, Skill Points at Each Level, Weapon and Armor Proficiency and Spells per Day.

Feature: Each feature should have its own paragraph describing it.

The class table describes the class’s BAB, saving throws, when it gains features and any other level based changes.

Champion is a prestige class template for any race or social group who supports fighting men to defend the group. Elite members of this fighting group can become champions of the group.

A champion’s role is somewhat dependent on the group’s alignment and views toward fighting.

The champion template has five parameters:

Inspiration Method: Usually Diplomacy but some groups may favor Intimidating champions. Groups unified by monetary concerns may even favor champions with high Bluff skill.
Required Feats: Two or more feats indicative of the group’s overall fighting style.
Bonus Feats: A list of 5 or 6 feats that improve upon the required feats and exemplify the group’s fighting style.
Code: This is a list of 2 or 3 things that the champion is obligated to do to retain his status as a champion of the group.
Redemption: A task an ex-champion must accomplish to regain champion status.

Note: “Group” is used to refer to the champion’s affiliation. Sometimes it is noted in brackets when used like a parameter. Other times the word group is used without brackets to aid readability. 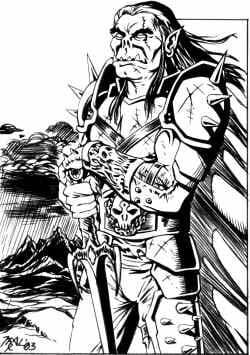 The champion has the following class features:

Class Skills: The champion’s class skills are as follows:

Weapon and Armor Proficiency: A champion is proficient with all simple and martial weapons, light armor, medium armor, and shields.

Restrictions: Champions must follow a code of conduct. Failure to obey these restrictions causes the champion to become an exchampion.

The code of conduct includes: [Code].

Bonus Feat: The champion gains a feat from the following list at levels 2, 5 and 8: [Bonus Feats].

Boost Allies (Ex): The champion may take a standard action, that does not provoke an attack of opportunity, to rally his allies. All combatants who are members of the champion’s group who can see or hear the champion’s rallying cry gain a +1 morale bonus to all attack rolls, damage rolls, saving throws and skill and ability checks. Boost Allies has a maximum range of 20 feet per champion level. The bonus lasts one round per level of the champion. This bonus goes up to +2 at level 7 and +3 at level 10.

Should the champion fall out of favor with his group, he loses access to the leadership feat, second cohort, boost allies ability, and can no longer gain levels in the champion prestige class. Exchampions who fulfill the [Redemption] requirement, regain full access to their champion abilities and may take additional levels in champion. 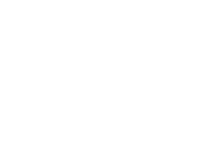