Oblivion is a sci-fi movie from Universal Pictures and Joseph Kosinski who directed Tron: Legacy. As you can see it stars Tom Cruise. It’s due out in the States in April, first on IMAX and then standard screens a week later on the 19th.

Cruise plays Jack Harper, one of the last few humans on Earth, a drone repairman who is helping to oversee the operation to harvest the last vital resources from the planet. The war with the Scavs, that mankind one, has left the planet in ruins. 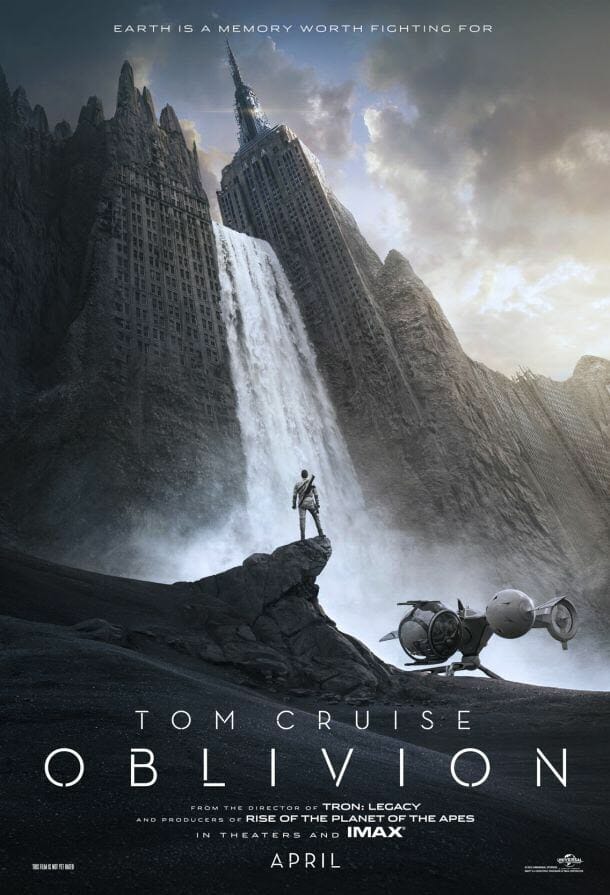 Anime Attack on Titan trailer
💰 Copper Coins 💰 Geek Native is an affiliate and may earn commission on purchases you make from third-party sites.
🍪 Privacy & Cookies 🍪 The site uses cookies to survive. By accessing the site, you agree to use your browser to control cookie use or take 1d4-3 privacy damage (tracking). If you defeat cookies via ad blocking, please consider the Patreon. An intro to cookies, and how to control them, can be found here. I Manage Cookies