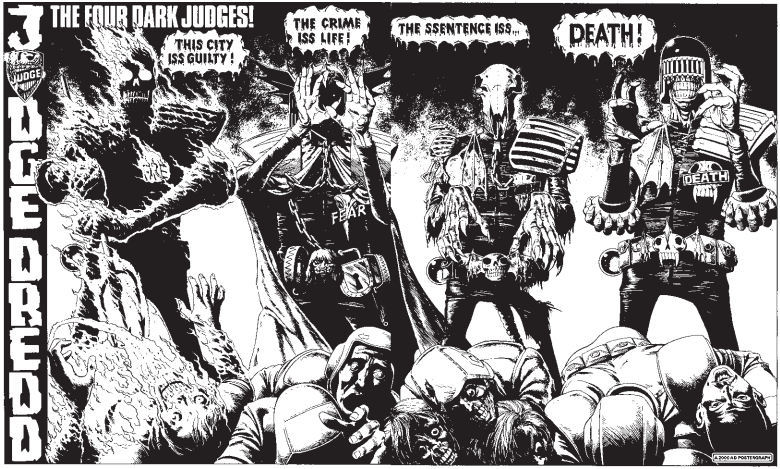 Half a million free books will be given out to promote reading for World Book Night next year. Some 20,000 volunteers each hand out 20 copies of their favourite book to people who do not normally read.

For the first time ever World Book Night has added a graphic novel to their list of promoted books. Next year, 2000 AD’s classic Judge Dredd: The Dark Judges will be on the list.

“As one of the most iconic British brands in publishing we are absolutely delighted to be a part of World Book Night ,”
“Not only is The Dark Judges a classic Judge Dredd story, but the role that comics can play in encouraging reading and boosting literacy is well known. I have no doubt that people who receive one of the free copies will discover a new world of amazing stories, and hopefully will develop an appetite for great British comics.”

In The Dark Judges four “lawmen of the Apocalypse” come to Mega-City One and pass the sentence of Death – on anyone guilty of life. They are Judge Fire, Judge Fear, Judge Mortis and Judge Death and up against them are Judge Dredd and his partner Judge Anderson (who was played by Olivia Thirlby in the movie Dredd 3D).

This important series for 2000 AD and Judge Dredd was written by John Wagner and Alan Grant and called on Brian Bolland, Brett Ewins, Cliff Robinson and Robin Smith for the art.

We do this every year at the bookshop I work at. i think I’ll be volunteering my time this year…

There’s actually a few good books to look at this year. Gombrich’s history book is astounding. 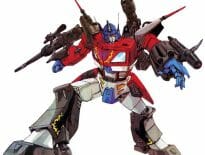 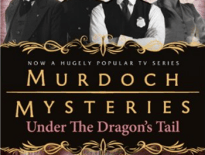