Fighting Fantasy is a long-running series of solo-RPG / Choose Your Own Adventure Game books from Ian Livingstone and Steve Jackson. That’s the same Ian Livingstone who co-founded Game Workshop and is the President at Eidos Interactive.

The first Fighting Fantasy book was The Warlock of Firetop Mountain, published by Puffin Books in 1982. There have been many versions of it since then.

The series is still going, now owned by Scholastic, and the most recent is Crystal of Storms by Rhianna Pratchett. Rhianna carries the Pratchett tradition of writing fantasy novels, following on from her father Terry.

Today, a mysterious tweet from Ian Livingstone shows 2d6, the system used in many Fighting Fantasy books, and a pencil. A scorecard shows numbers from 1 to at least 219, with some scored out and others in red.

And so, it begins again…

Speculation is that Ian Livingstone may be writing another Fighting Fantasy gamebook.

Livingstone responded to another tweet about The Warlock of Firetop Mountain and highlighted “Stamina” earlier this week. Does this mean a stat that lets heroes carry on and finish the task? To keep up a task? Or are we clutching at straws?

If the new Fighting Fantasy gamebook from Ian Livingstone is published in 2022, then it’ll be 40 years since Warlock. Quite a run!

Where the heck is a new book from Steve Jackson? Ian’s efforts have not been good for a long time. 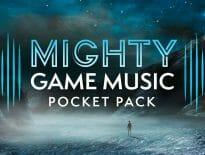 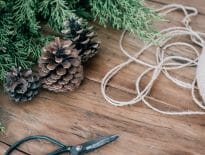