You are here: Home / Books / Review of Under the Dragon’s Tail 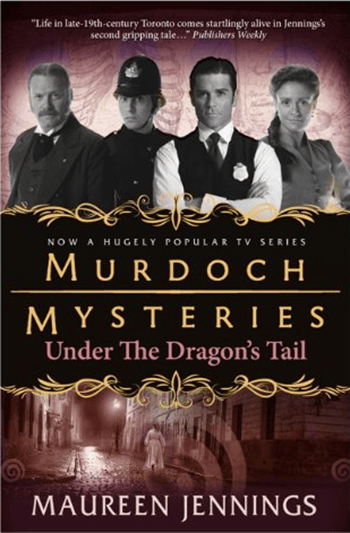 Under the Dragon’s Tail, by Maureen Jennings, is a Murdoch Mysteries novel and historical whodunit of around 300 pages.

The first Murdoch Mysteries novel I reviewed was “Except the Dying”, and you can find it, if you wanted, a couple pages back on Geek Native. Suffice to say I enjoyed it, and was looking forward for the chance to read a second story.

Did “Under the Dragon’s Tail” live up to my expectations? – On balance, yes. I enjoyed reading about Victorian Canada, the influence that the “Great British Empire” as indeed it was back then, had on the lives of these pioneers, and the differences to that of the other, more portrayed, Northern American nation, the United States of America.

Maureen Jennings, and I will take her accuracy for such details on faith, manages to portray 1895 Toronto, and Canadian life vividly with her use of language and knowledge of topical innovations and trends.

Added to this is a decent detective story, with our amiable young Acting detective William Murdoch, number-four station. As I mentioned in my first Murdoch Mystery novel, these books are now “a hugely popular TV series”, and I have a strong suspicion that there is a good drinking game associated with the phase “Acting detective William Murdoch, number-four station” although I have not put this to the test.

Under the Dragon’s Tail followers Murdoch as he investigates the murder of Dolly Merishaw, midwife and abortionist, to all strata’s of Canadian society. As you might expect for a story about an abortionist in 1895, the story is certainly grim in places, and however rough your childhood was there is a strong possibility that it was nothing in comparison to what is portrayed in this book.

In addition to the impoverished lifestyles of many of Toronto’s citizens, there was also the associated occurrence of a number of unsavoury medical conditions, which were of course both misunderstood and untreatable at that time. Incidentally, if anyone reading this knows what condition causes “white fungus-like tubercles” to grow all over a human body please feel free to let me know.

There are a couple of minor quibbles I have with this book. These are very similar to my feelings on the first Murdoch Mystery book I read. Acting detective William Murdoch, number-four station, is an upstanding, intelligent, and compassionate individual who perhaps is more in touch with our “modern day” values than many of the 1895 populace. And I personally, can’t help the feeling that he is just too perfect. No, I don’t count the fact that he is single as either a personality flaw or handicap. Secondly, as with “Except the Dying” the plot occasionally relied on somewhat thin, and unexpected “events” to help tidy up plot lines and move the story on. However these were not a regular occurrence, and for me did not remove the enjoyability of the story, or the feeling of “rather you than me” (a more honest version of sympathy), on reading of the aliments afflicting Torontonians of the time.

By guest reviewer Dave. Book provided by Titan Books for review, available at stores for £7.99.

Review of Under the Dragon’s Tail 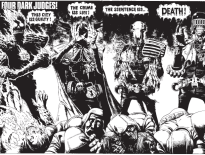 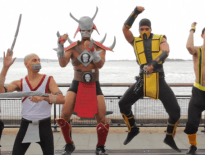