An Indie+ chain reaction interview? What is Indie+ in the first place? It’s an online gaming convention, this week, that works over Google Hangouts.

Allowing for one mulligan per interview – we have success! You can find out more about Indie+ from their site. 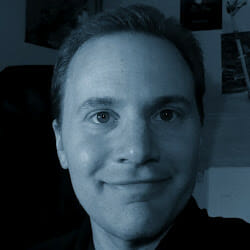 Q. If someone could only attend one game at Indie+ and wanted you to help them pick that game which one would it be?

I’d encourage folks to check in on the Dungeon World game at 11:00 pm Tuesday, October 30 UTC. You’ve got one of the people behind Dungeon World running one of the most talked-about retroclones on the market.

Q. Can you tell us about the inspiration behind Indie+? Why run an online convention?

We do Indie+ because of games like Disaster Strikes! and 3:16 and Panty Explosion Perfect, games that are exciting and interesting and criminally under-known. It’s so hard for indie designers to publicize their works, so with a game or a panel Indie+ can help to change that.

Also, Google+ offers an almost ideal environment for running tabletop RPGs. With Google+ Hangouts and the apps lying on top of it like Tabletop Forge, players and GMs can get the face-to-face interaction of a table game, all without leaving their houses.

Q. What does your role as games coordinator involve?

As Game Coordinator, I’m here to make sure that anyone who wants to run a game as part of Indie+ has everything they need to do so. To do that, I promote the gaming side of the con, contact potential GMs with information, and help GMs schedule their games.

Q. Indie+ is a 7 day long convention if you don’t count the precon and postcon events. It must be exhausting. What’s your survival strategy?

I learned last con to avoid hosting any games or panels myself! Much as I love doing it–and I think my panel from last year went well–it’s just too stressful to juggle both.

Otherwise, I clear out my schedule and stay online as much as I can. It’s a privilege to facilitate so many games, so I’m just glad it all happens.

Q. Indie+ is a 7 day long convention if you don’t count the precon and postcon events. It must be exhausting. What’s your survival strategy?

It’s not too bad. The con slowly picks up pace during the week and there are several of us to stay on top of things.

Q. Kickstarter has enabled quite a few Google+ and Hangout apps to be funded and developed. Are there any you would recommend for gamers?

Tabletop Forge of course! Roll20 is also very good. Both are still in Beta stage so they have their problems and idiosyncrasies.

Q. Aren’t you supposed to be launching a Kickstarter during the con?

Yes, which is either the best or worst bit of scheduling I’ve ever done.

The 6d6 Core + Adventures Kickstarter will launch on Wednesday 31st. The aim of project is to produce an updated edition of the game and get it out to a wider audience.

What could Google do themselves to make running an event like Indie+ better for everyone involved?

They could make there G+ API workable. It is simply useless at the moment.

Better page management, especially notifications. Our G+ page has seven managers and there is no way to flag Brent when there is a something about a game he should look at or Larry when there is a query about a panel he needs to handle. Notification management (e.g. tagging and searching) is something G+ could improve generally.

Q. What could Google do themselves to make running an event like Indie+ better for everyone involved? 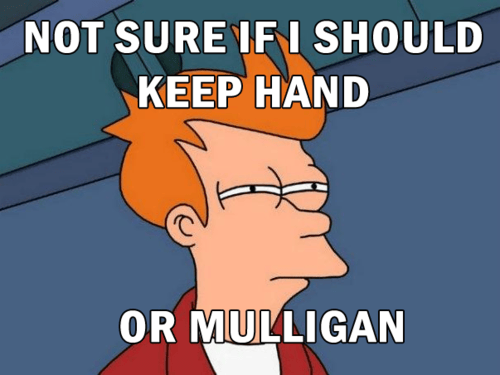 Q. Do you have any tips for encouraging good discussion online, either in Hangouts or elsewhere?

Q. Do you have any tips for encouraging good discussion online, either in Hangouts or elsewhere?

First, give everyone some time to respond. I’ve had to learn to wait a few extra beats for players to get my video feed, hear what I’ve said, and formulate a response. Play moves just a fraction slower over Hangouts, and players can feel railroaded if you don’t give them time to react.

Q. Will your experience with helping to guide and coordinate teenagers be useful at all for Indie+

I’ve learned an enormous amount about organization and facilitation from teaching in the classroom. One of the biggest lessons I learned early in my career was the power of asking questions: your students/gamers care a lot more when you actively engage them instead of just spitting out information. Apocalypse World makes great use of this as a mechanic, but you can throw it in to almost any game. “Why does the King hate you?” or “When was the last time you saw your father?” can be incredible adventure hooks.

Q. Do you think online events for gamers like Indie+ help make for a more inclusive and diverse community? How?

Absolutely. So much of the time we leave out communities that can’t make it to a Con because of the financial expense and/or the physical distance. Indie+ lets us bring people together from all over the world at a very low cost. I’m excited to see it grow!

Not at all! Once you sign up with Google+, you can register for Google Events by clicking “Yes, I’m coming.” Once you’re in the Event, the GM will invite you to the Google Hangout. All you have to do is be on your computer at the right time… 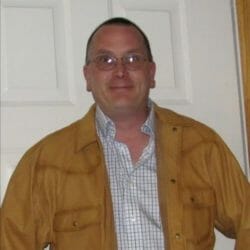 Google+ and Google Events are quite easy to use. Understanding the nuances of limited audiences for G+ and Events can be a challenge. For many of the events, people only want to invite a select group but that limits who can view the event. On the other hand, publishing Events as Public also allows trolls to pop in. The general solution for On-Air events is to actually have two different events: one limited to the participants and another for those who want to view the event.

On the technical side, the Google+ API is a work in progress. Chris and I want to fully integrate the schedule side of Indieplus.org with G+ and the Calendaring API. Currently, only publicly posted Google+ information is available via the API. As it evolves, an updated variant of the infrastructure for Indie+ calendaring should be rolled out.

Q. Are you going to get any time to play and take part in Indie+ If so; what are you looking forward too?

I am running a panel featuring two independent artists, Byron Rempel and Ashlan Nathans, on the 29th. Their artwork is fantastic but not traditional RPG material. I felt stepping beyond the tabletop RPG side helps broaden exposure to the underlying idea of Indie+.

I was also planning on running a game session but given my schedule, it looks unlikely. I am looking forward to watching several of the games planned. I also will likely have a couple of general chat / tavern style hangouts during the week. 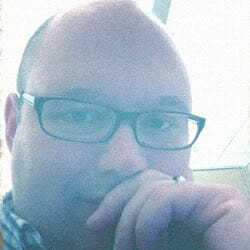 Q. Are you going to get any time to play and take part in Indie+ If so; what are you looking forward too?

Emphatically YES! I will be running a BareBones Fantasy (BBF) game on Monday night (ask me more about that system sometime!) I am also running my regular G+ BBF game on Tuesday night, playing in my Wednesday night G+ Changeling game (under Stacey Delaforno who is running a panel about playing on G+ (not sure if the event has posted to the schedule yet) an finally co-hosting a panel about graphic design and layout on Sunday. Given my day job and family obligations my dance card is FULL!

Q. Which RPGs are you playing right now? Are there any you think suit Google+ particularly well?

I am running the BareBones RPG which lends itself very well to G+ gaming because it abstracts tactical combat without sacrificing its flavor. I am also playing in a nWOD Changeling campaign which is equally well suited to online role play.

I believe the onus for great G+ gaming lies with the GM. It is now incumbent on The G+ GM to understand the tech as well as the game mechanics AND most importantly the story. It is a little more work but if a GM invests the time into learning G+ they are likely to find a much broader player base with a very flexible schedule.

The steps I follow for finding a G+ group consist of creating an event and promoting it a few times via my RPG circle. As of session 3 we have 8 regular players and several more auxiliary.

Overall G+ has been a great place to be a player as well as a GM.

Q. Which RPGs are you playing right now? Are there any you think suit Google+ particularly well?

I am between games right now I hope to get a SciFi or Superhero game going in the near future. I think games that are collaborated or turns are relatively quick work best. Games I have played or run on G+ that have worked well include Dungeon World, Dungeon Raider, Mouse Guard and Fiasco.

Q. If someone could only attend one game at Indie+ and wanted you to help them pick that game which one would it be?

This is a tough question part of me wants to answer you should play in Panty Explosion Perfect which is being hosted by myself. But I think the game I am looking forward to the most is hosted by Jeff Dee the artist for TSR and co creator of Villains and Vigilantes who is going to run his new game Cavemaster. 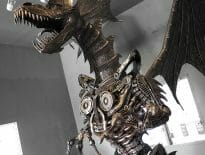