You are here: Home / GameWyrd / Echoes from the Wyrd / RPG Previews: Summonaria | Echoes #5

Summonaria is a game that captures both the appeal of simple, easy to understand rules and the lure of a strategic challenge that only comes with a true competition between players. The conflict within the game is centered around the discovery of an island that has been lost to antiquity that is home to five towers. Each of these towers conceals a key that, when wielded together by one hand, will unlock powerful magical secrets. Each player takes on the role of one of five different Master Summoners, powerful sorcerers that can use their power over magical forces to summon mighty armies to their aid. As each Master Summoner converges on the island, intent upon seizing control of the towers, the quiet island becomes a battlefield upon which the wizards wage their conflict. Players must carefully manage their available magical resources as they carefully construct a contingent of warriors to take the island and storm the towers to unlock their secrets. The game becomes a matching of wits as each player must assess the other players’ capabilities, build and betray alliances, trade mystical resources, and plot their way to victory as they gain control of the different sections of the island. The player who is able to garrison the majority of the towers with his warriors and hold them from his enemies will unlock the secrets of old and with the prize of ultimate magical power.

The game includes a large, full color gameboard representing the island and its features, 200 unit tokens that represent the various creatures and warriors that can be summoned, 100 resource cards that represent the four primary magical components, 5 tower tokens, 15 wound tokens, a 16 page rulebook, and a 32 page bestiary that gives a history of each of the Master Summoners and a detailed description of each of the units they can command.
or …For more information about Summonaria, visit www.salamandergames.com/summonaria.asp.

Try your hand at Salamander’s free web-game Hobgoblins. The game puts each player in control of a clan of goblins and challenges you to build a fearsome group of warriors by going on quests, exploring exotic locations, and buying and winning fantastic weapons and magical items to aid in your efforts. Players can build goblin strongholds and lay siege to one another, battling for prestige and wealth as they work their way up the ranks of the goblin hordes and ultimately stand as feared masters of the goblin world!

time to read: 2 min
Echoes from the Wyrd RPG News: Mongoose Publishing gets Conan and Lone … 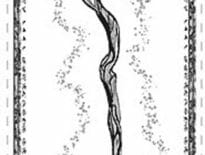