You are here: Home / GameWyrd / A guide to battle imps

The battle imps were GameWyrd’s first viral hit. They launched with a small competition and a news article on GamingReport.

The concept was really basic. Your name was used to generate random characteristics for a randomly selected battle imp. You then “battled” your imp against others by entering their name into the system. 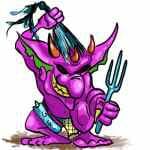 What’s the point? What am I supposed to do?

Point? There’s no point – just some silly fun. Enter your name in the box provided and GameWyrd’s code will give you an imp. You can then type other names into the box below your imp, that’ll trigger a battle and show you the results.

If your name produces a powerful imp that wins lots of fights then that’s good! Alternatively, with a bit of humour, you might enjoy having a cute little weakling of an imp.

If all else fails and battling imps is just too strange for you then sit back and enjoy the pretty pictures.

My imp sucks. Can I get another one?

Ha-ha! No! Change your name.

Actually that’s not true. You don’t need to change your name; you’ve got plenty of names already. If you’ve been using your full name then see what imp you get if you only use your first name, or vice versa. Still no good? Try a nickname, your GameWyrd name, your Yahoo user name – any name that people know you by.

Here’s a tip: In the case of a draw the defending imp wins. If you use the html code to display your imp on your webpage then you’ll defend more often and win more often! Sssh! Secret.

How do you work out which imp I get?

It’s not random. GameWyrd’s code looks at your name and does some weird calculations to it. We check the results of the calculations to a list of imps and work out the match.

It’s quite likely that some imps will be more common than others. If lots of people called John play the game then they’ll all get the same imp. When GameWyrd’s code examines your name to work out which imp you’re getting then it’s looking for certain obscure patterns and over time some of these patterns might be less obscure than others. 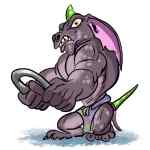 How do you work out the imp’s attributes?

Your Battle Imp’s five attributes are worked out in a similar way to how GameWyrd’s code determines which imp you get. When you submit your name to a Battle Card the code examines it carefully and uses that analysis to work out the imp’s core.

The analysis GameWyrd’s code performs on your name doesn’t care if you’re actually entering your name, a name, your favourite pizza topping or your address – it simply converts letters to numbers in away which confuses even us! Because the process confuses us we’ve been unable to play favourites and make sure our names all get maximum scores. *weep* We’ve not been nasty and made sure certain names get low scores either.

How do imps fight?

Imps fight dirty! Sure, it might look as if Eeary is just enjoying a mug of coffee but look carefully and you’ll see a sod-off-whopping-great-mallet behind his back.

Oh? Not what you meant?

Okay. When two imps fight then they compare each of their five attributes to one another. In addition each imp rolls a 1d10 (a ten sided dice, newbie) for each attribute and adds it to it. If the attacking imp (the one on the left) gets the higher value then it wins. There are five attributes and so there are five of these little fights. Whichever Imp wins most of these little fights wins the entire battle.

Yup; the defending imp wins on a draw. If you want to force your imp to be the defender then type in someone else’s name into the box in your own Battle Imp card. It’s better when another Wyrdling with an adopted imp attacks your imp though since if you win you’ll increase the tally of losses on their score card.

Backstabbing – Stabbing your mate in the back is a way of life for Battle Imps. Imps good at backstabbing are quick witted and sly.
Dodgin’ – Every imp needs to know how to get the heck out of a dangerous situation and every imp needs to know how to avoid a blow. Imps good at dodging things are fast and nimble.
Guts – If you don’t have the guts for a dirty fight then you’re no good at all in Imp Battles. Imps with guts are less cowardly than normal and robust.
Magic Mojo – Why punch someone when you can throw a fireball? Imps with plenty of magic mojo are good with spells, they tend to be more intelligent than their cousins but prone to exploding when they get drunk and cast the wrong spell.
Smackdown – A key element in any battle is the ability to bring your opponent down and there’s no better way to do that than with a showy wrestling move. Imps with a high smackdown score tend to be strong. 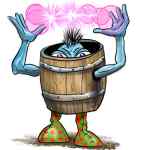 What’s html code for the Battle Card for?

If you want to show your powerful and strangely cute imp off to the whole world then we understand! The html code for your Battle Card is provided so it’s easy to copy it and paste it onto your own website or weblog (but we think it’s a bit too big for a forum signature).

Posting your Battle Card to your website like this is good for you because it means you’re imp will fight more often and fight defensively more often – this will chalk up plenty of wins. This only works if you’ve adopted your imp! When you adopt an imp GameWyrd sets aside a little space for you and records all your victories there. You can view the results on your score card. You don’t have to adopt an imp to post the html code for your Battle Card though.

If the html code for the Battle Card doesn’t produce the Battle Card you expect to see when you post it to your website or blog (especially if the text isn’t in the middle of the card) then it’ll be because your style sheet commands are overriding the Battle Card. If you put these commands in yourself then you’ll know enough to successfully tinker with them but if they’re a result of your Live Journal style then you’re probably doomed.

If you know what you’re doing then you can make some changes to your Battle Card. We’d actually quite like it if you’d download the imp graphic and host it in on your own space. If you do that then you’ll need to edit the image’s src attribute. This doesn’t mean you can use the imp graphics for anything other than the Battle Card though. Sorry, that’s the rules. If you want to edit the colours on your battle card then go ahead – but the images all have a white background. If you don’t like the ‘s on the end of your name then you can cut it out. We know that your English teacher might have told you only to use an apostrophe for names than end in s – but some people argue that usage is changing. You’d say “James’s Battle Imp” so why not write it? Oh. Okay! There are many holes in this argument … but we saw the lazy option and took it! :)

What’s the link for the Battle Card for?

If you don’t have a webpage or don’t want to display the Battle Imp Card on it *sniff* then you can simply use the link to GameWyrd’s copy of your Battle Card instead. If you want to email friends about Battle Imps then the link’s handy for that too!

If you use a link to the Battle Card for an Imp you’ve adopted then your score card will record victories and losses as normal. You can get and use links to Battle Cards for any imp though and that’s just ideal if you want to torment friends with an especially powerful imp you’ve found.

What’s my Score Card for?

A score card lets you keep track of your imp’s victories and losses. It’ll show you how many battles your imp has been in and who the last imp yours fought against was. The score card’s there for gamers with the I Like to Keep Track of Numbers gene. You need to adopt an imp to get a score card for it.

If you don’t think your score card is accurately keeping track of your fights then check to see if you’re logged into GameWyrd. At the minute you are notlogged in. You need to be logged in for the code to know who you are. You should also ensure that if you’ve pasted the code for a Battle Imp Card onto your website that you’ve posted the code for an adopted imp since that’s the only code that tracks battles.

Why should I adopt an Imp?

Adopting an imp gives you a score card for it. Also, it stops imps from getting lonely.

How many imps can I adopt?

Anything else I should know?

The Battle Imp system isn’t foolproof either. It’s possible that future builds of PHP will change the random engine/seed pattern or find and correct bugs in the levenshtein function. Such changes will throw all the current imp values. If you’ve no idea what we’re going on about then don’t worry and just be thankful you’re less geeky than the Wyrdmaster.

A guide to battle imps 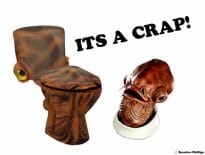 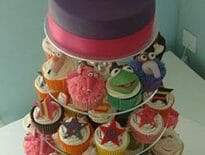