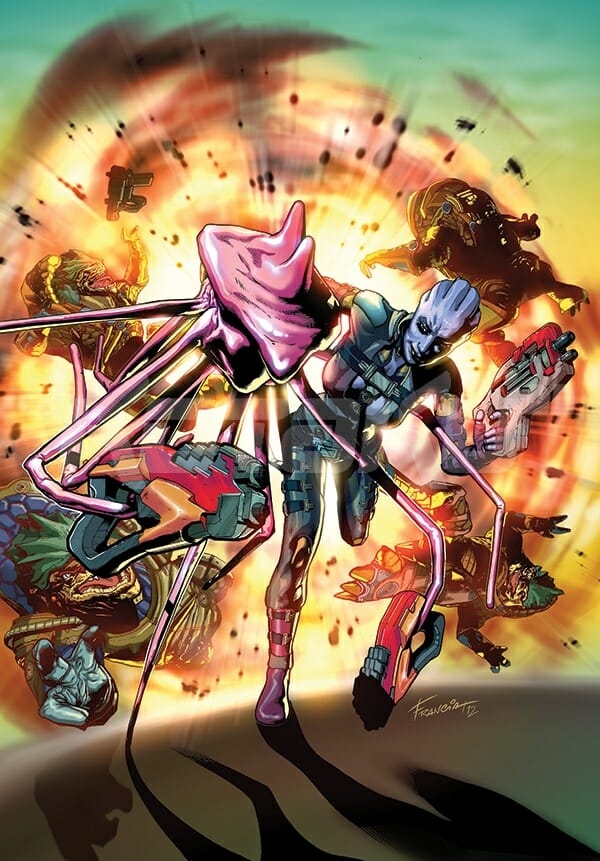 In Mass Effect 3 there’s a film featuring a character called Blasto. He’s a Hanar Spectre. Hanar are those weird purple shapes that stand tall on their many tentacles.

The in-game, fictional, Hanar is a rogue who breaks all the rules as he chases justice. Quotes include, “a lover in every port and a gun in every tentacle” and “Enkindle THIS.”.

Dark Horse will be turning this in-game fiction into a real life fiction. The one-shot is written by Mac Walters, ME3’s lead writer.

Written by lead game writer Mac Walters with art by Omar Francia, Blasto: Eternity is Forever, is sure to be a cult favorite amongst fans of the increasingly popular game series!

Blasto, who is described as having “a lover in every port and a gun in every tentacle” doesn’t have time for your solid waste excretions. On a remote space station overlooking the Elcor homeworld… the lone Spectre puts an end to the nefarious deeds of an outlaw band of mercenaries bent on galactic-wide domination. 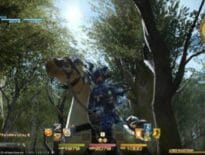