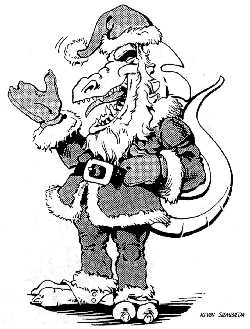 Every year Palladium do a Surprise Christmas Package. It’s a chance to get roleplaying stuff signed as well as a pile of stuff for about half the price.

The cost of the package, before shipping, is $38. You will get at least $80 to $90 worth of items in your bundle and perhaps more. The catch, of course, is that you can wish for specific items – but you might not get them.

You can order today, from here, up to the 23rd of December. Of course, if you’re ordering late you may not get the Christmas package in time for Christmas.

Shipping adds about 50% more for people in the US, 75% more for gamers in Canada and about 100% for the rest of the world.

Each package is hand-picked by Kevin Siembieda, you have to specify if you don’t want the Palladium products signed, there may be sketches and original art added to your package. There may also be special items, like out of print books, gold editions, posters, mugs, etc. 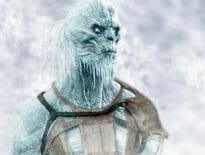