You are here: Home / Movies / Horns: Daniel Radcliffe as an incubus? 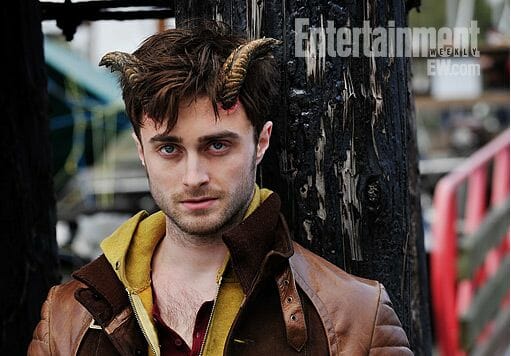 Harry Potter star Daniel Radcliffe plays a very different role in Horns, his next movie. His character is accused of the murder and violent rape of his girlfriend.

Entertainment Week has the exclusive interview in which Radcliffe concedes;

“It’s a very, very different type of part than anything I’ve done before,”

The fate of his girlfriend is just one piece of story. Ignatius “Ig” Perrish, for that is the name of the character, wakes one morning to find this demon horns growing from his forehead.

Frankly, gamers would have cottoned on to the demonic risks of anyone called Ignatius “Ig” Perrish.

There’s more. Ig also has the power to compel people to tell the truth – or force them to succumb to their darkest inner desires.

“To play somebody who, in the midst of a time in his life of great turmoil anyway, undergoes this horrific transformation into a devil character — it was very, very exciting.” 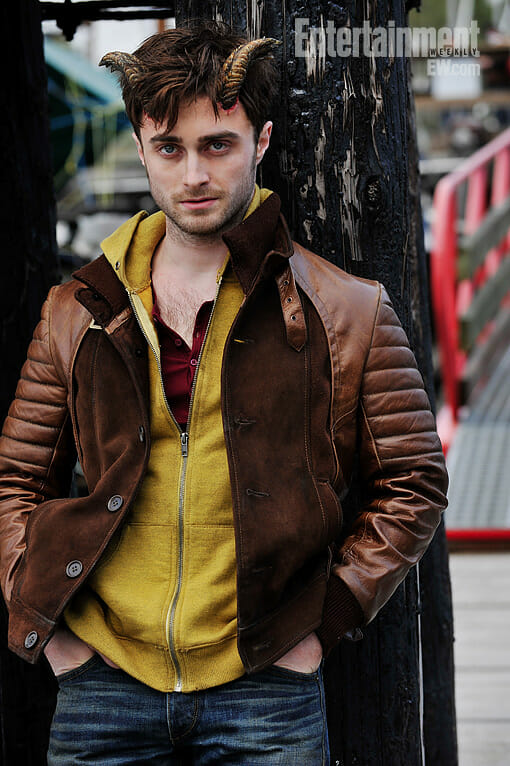 Horns: Daniel Radcliffe as an incubus?

Geek Stuff Out of Zelda: A Hylian Shield made from Lego
💰 Copper Coins 💰 Geek Native is an affiliate and may earn commission on purchases you make from third-party sites.
🍪 Privacy & Cookies 🍪 The site uses cookies to survive. By accessing the site, you agree to use your browser to control cookie use or take 1d4-3 privacy damage (tracking). If you defeat cookies via ad blocking, please consider the Patreon. An intro to cookies, and how to control them, can be found here. I Manage Cookies