Robin D. Law’s is a well known games designer who brought us the GUMSHOE investigative roleplaying system. He tends to work closely with Pelgrane Press, who have a number of GUMSHOE products, and is actually the Creative Director at Stone Skin Press which is Pelgrane’s fiction imprint.

His latest project, foreshadowed by his book Hamlet’s Hit Points, is called DramaSystem. The premise is that RPGs have been good at dealing with external conflicts; heroes beating down doors, goblins and evil empires. However, there’s been less attention in the internal conflicts; when characters disagree.

The problem that the DramaSystem attempts to fix is that characters (or their players) have no reason to back down in an argument. It’s a game, after all. It’s too easy to reach an impasse in which on character wants to do something and another wants to do another. In my experience, those situations tend to be resolved by whoever has the most dominant real life personality and that may not always suit the game. 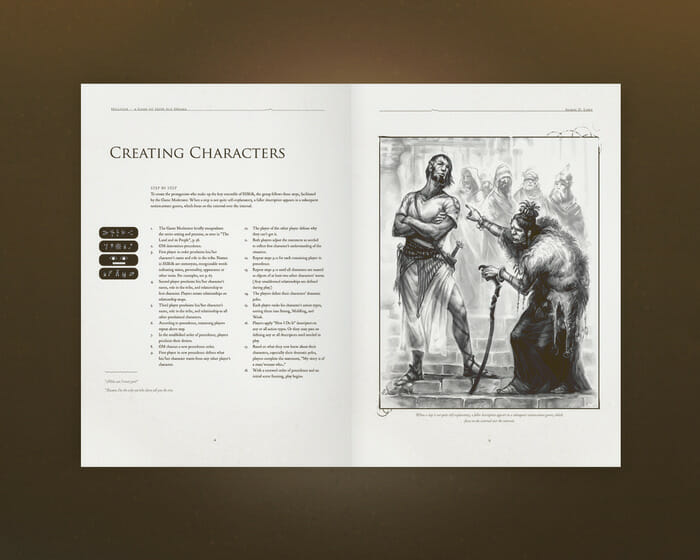 DramaTokens are then used to influence the story – or, if you have enough, overrule other characters.

The first RPG to feature the DramaSystem is Hillfolk. In Hillfolk players are members of Iron Age clans. You have horses, spears and ambition. Your neighbours have grain, cattle and gold.

Hillfolk is currently being playtested and will be published in various editions. As you might expect, Pelgrane Press, publishers of Ashen Stars, Trail of Cthulhu and Night’s Black Agents, will handle the physical product.

Exactly what becomes available and when for Hillfolks depends, of course, on Kickstarter.

The campaign launched yesterday, is already funded and has beaten the first stretch goal.

There’s the sense that Hillfolk was always going to happen. Kickstarter is just greasing the wheels of the publishing mechanics.

If you’re wondering whether backing the Kickstarter is worthwhile then let me point out one last twist. In Hillkfolk there are two clans; wolf and lion. They raid one another. Different pledges support different clans, by backing this project you take part in a gamified Kickstarter and contribute points to either the Lion Clan’s raid tally or the Wolves. 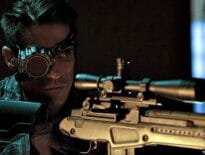 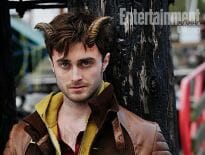