This clip was deleted from the film version of The Avengers but will appear on the The Avengers Blu-ray, Blu-ray 3D and DVD which should be in most shops before Christmas.

I like the clip. It shows the conflict Banner has over this identity. Is he the Hulk? If he’s the Hulk then his is a green rage monster that sometimes reverts back to a scientist? Or his is the scientist who sometimes turns into the Hulk.

What do you think? A wise cut and good addition to The Avengers DVD? Or it just an awkward scene. 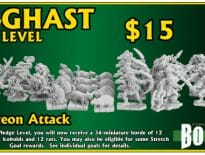