U matter! The official Dungeons & Dragons: Honour Among Thieves trailer is out, and the movie will get British spelling here in the UK. Honor will be Honour.

We’ve SDCC to thank for the trailer coming out and, I guess, either eOne or a partner’s marketing department for the British spelling. eOne’s YouTube account has the video.

eOne, the movie production company bought by Hasbro barely a few years before lockdown (ouch) for megabucks, describes the movie;

A charming thief and a band of unlikely adventurers undertake an epic heist to retrieve a lost relic, but things go dangerously awry when they run afoul of the wrong people. Dungeons & Dragons: Honour Among Thieves brings the rich world and playful spirit of the legendary role-playing game to the big screen in a hilarious and action-packed adventure.

The movie will be out in the UK and Ireland in March 2023. 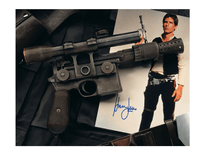 Geek Stuff Han Solo’s missing blaster could go for half… 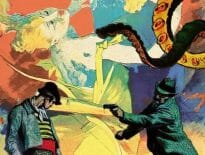