We’re halfway through superhero week for 2012 and it’s about time we dug out the roleplaying games.

RPGs have given superhero genre plenty of attention over the years. We’ve had some fantastic games. Which is your all time favourite superhero RPG?

Check out the list below. Is your favourite game included? Leave a note in the comments below. While you’re at it – rate the games you’ve played and we’ll see how they stack up to the competition!

Heads up: License products – like the Marvel and DC RPGs aren’t included.

Published 1999 (with a d20 edition in 2004), Aberrant is set in 2008 and 10 after superpowers started to appear. It’s the middle setting in the Trinity Universe timeline, between the pulp game Adventure! and before the psionics game Trinty/Aeon.

Capes by Muse of Fire Games

Capes in an indie RPG by Tony Lower-Basch. Players decide which character they want to play before each new scene and without a GM. Players take on the roles of villains as well as heroes and compete to tell stories, earning story tokens which can be used to influence the game.

The first edition of Champions came out in 1981 and was one of the first games that let players use a point-based system to build characters rather than dice rolls. The current edition of the game (6th ed, 2010) uses the Hero System and was written by Aaron Allston.

The current edition of GURPS Supers (4th) is written by William H. Stoddard with the longtime GURPS Line Editor Sean Punch with . As with all GURPS titles, GURPS Supers needs the main GURPS rulebook and then provides a layer for the superhero genre.

Heroes Unlimited, now in its 2nd edition, is written and created by Kevin Siembieda. It allows players to create a wide range of superhero characters including those compatible with the space fantasy Rifts.

M&M is a multiple ENNie winning hero game that published first in 2002 and then again in 2005. The game was first published under the Open Game License – although it was originally designed to be a full d20 System game. Characters in Mutants and Masterminds don’t have a “character level” but have a “Power Level” instead.

Inspired by the classic “four-colour” series from DC and Marvel, Silver Age Sentinels was published in 2002 as a Tri-Stat system and then, just two months later, as a d20 version. It was designed by Stephen Kenson, Mark C. MacKinnon, Jeff Mackintosh and Jesse Scoble.

Created by Steve Perrin (Basic Role-Playing and RuneQuest) in 1983, Superworld uses the traditional Chaosium Basic Role-Playing with the addition of powers. Characters by generic effects, as they do in the Champions model, and then modify them through Advantages and Disadvantages.

Set in a world after the “Sudden Mutation Event” players take on roles as the elite “Heightened Crime Investigation Unit”. These are the detectives who must deal with crime in a world where 1% of the population has been given super powers. This means 1% of all criminals.

I have to vote for Champions for the years of enjoyment and great characters from Canadian Shield to Dr. HorrorShow.

Actually – yes. Both the core Marvel and DC games are glaring in their absence. My bad.

I was always fond of Games Workshop’s “Golden Heroes” (dreadful name, nice game) — the “frame” system did a remarkably good job of helping the players visualise complex bits of action. My all time favourite, however, remains Mayfair’s “DC Heroes” 2nd ed. So many nice ideas in there, notably the unified unitary system, the exponential scores (both innovations that M&M has taken on), and the gorgeous concept of Omnigadgets, vaguely defined but expensive gadgets that only become sharply defined when you use them. Need some Bat Shark Repellent? Hey, it was on your utility belt the whole time. Sort of… Read more »

Where are Marvel Heroic and ICONS?

Should do a separate one for the licensed titles… what about the field guide to superheroes?
http://www.geeknative.com/28062/vigliance-press-tease-new-field-guide-to-superheroes-volume/

New year. New list. Both titles are in the fight this year…

Took the decision not to include any of the “license” products; Marvel, DC, etc.

May have been the wrong call – might do a separate head-2-head later. Do you think that would be worth it?

It’s year two of the Superhero RPG rumble. The SAGA edition isn’t in the fight this year – maybe next? FASERIP is, though.

Yup, necessary Evil for me. Simple system that lets you get away with, um, I mean, do so much cool stuff.

(and I’ve probably missed some as well).

It’s a new year – and Superhero Week has rolled around again. Good news and bad news for you. Good news: some of these titles made the new rumble. Bad news: not all of them did. 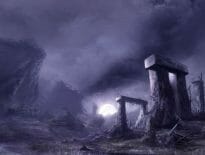 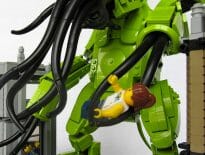