This is the second Superhero Week here at Geek Native. It is therefore the second time 10 superhero RPGs have stepped up to battle it out. It’s your chance to using the rating stars to say how much you enjoyed the games.

Is you favourite game included? If not then perhaps it made the list last year. In the first battle we ruled out licensed products but this year the gloves are off.

Favourite superhero RPG still missing? Let us know in the comments below! 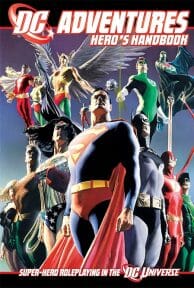 Green Ronin won the rights to the DC license back in 2010 – which was DC’s 75th anniversary year. DC Adventures consists of four books and the publisher used their Mutants & Masterminds site to talk about the game to superhero roleplay fans. 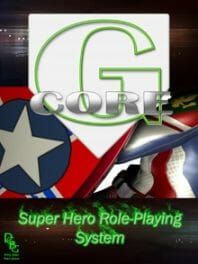 G-Core has its roots in the FASERIP version of the Marvel Superheroes RPG (which also appears on this list) and its set to take about 20 seconds to convert a character from one to the other. Dilly Green Bean Games make the point of keeping their prices down to give you bang for your buck. They’ve also greatly expanded on the G-Core range with a large number of supplements; including TeddyVerse for teddy vs teddy action. 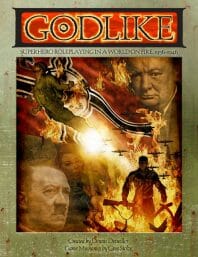 Godlike is a superhero RPG set during World War II. This alternative history superhero RPG was a popular request for the 2013 Superhero Week rumble on Geek Native. Will it do well or will it be between by Arc Dream’s other entry on the list – Wild Talents? 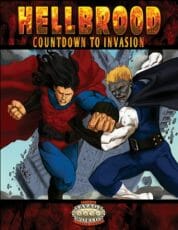 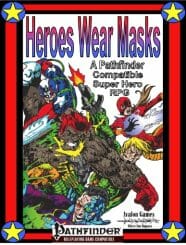 Avalon Games’ Heroes Wear Masks is a superhero setting that uses the Pathfinder RPG system. That may surprise some gamers but the argument is both the fantasy and hero genres follow powerful and extraordinary indviduals who go out and have adventures. As Avalon say; “Heroes Wear Masks is Pathfinder after it was bitten by a radioactive spider”. 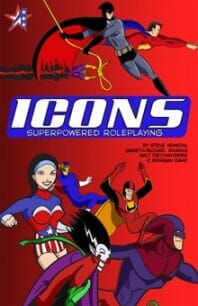 ICONS is a triple ENnie nominee from back in 2011 and was designed by a team of respected names; including Steve Kenson (creator of Mutants & Masterminds), Gareth-Michael Skarka, Walt Ciechanowski and Morgan Davie. ICONS was inspired by the fast pace of “old school” games but keeps a focus on narrative role-play. Perhaps a surprising contender for early OSR hero? 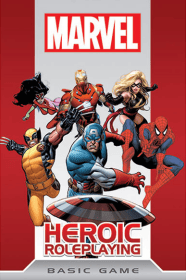 Marvel Heroic Roleplaying won Silver for Best Game in the 2012 Ennies and reviewed very well. Was it enough? A year later MWP announced refunds and the end of the line. It’s believed that the game didn’t sell well enough for Marvel (or perhaps to pay for the license) and is a reflection on how the modern era of blockbuster superhero movies might not make life any easier for game publishers. Did you play it? Rate the game in the stars above. 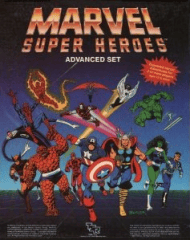 There have been a few versions of the “official” Marvel Superheroes RPG, from SAGA to the short lived MWP license but TSR’s set remains popular. Published first in 1984, written by Jeff Grubb (who wrote both the Marvel Superheroes Advanced Game and Marvel Superheroes), the set has become known by the attributes it used; Fighting, Agility, Strength, Endurance, Reason, Intuition and Psyche – aka FASERIP. 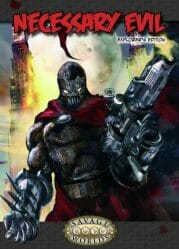 Pinnacle’s Necessary Evil setting has super-villains sving the world. The game uses Pinnacle’s very popular Savage Worlds rules and takes part in a world where the heroes have been blasted away by the invading alien forces. Who’s left? Only the villains and if they don’t want to fall under the thumb of the aliens then they’ll have to resist. 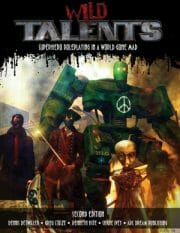 A popular supers game from Arc Dream Publishing written by Dennis Detwiller, Kennith Hite, Shane Ivey and Greg Stolze. The game uses the One-Roll Engine rule system and has been nominated for a host of Ennies.

Wild Talents is now on to it’s second edition.

This superhero-themed post is from 2013’s Superhero Week. Made any good superhero discoveries online recently? Share them in the comments below or teleport to a new superhero article and keep reading.

I am missing Better Angels. rpg.drivethrustuff.com/product/114269/Better-Angels?affiliate_id=188530

What? No Blood of Heroes RPG by Pulsar Games?

Yes, no DC Heroes? No Blood of Heroes?

Please add Supers! By Simon Washbourne of Beyond Belief Games. It is awesome. You should also add Capes, Cowls and Villains Foul by Spectrum Games.

Maybe you could have a look at Invulnerable and consider adding it to the list? http://goo.gl/1QOYV

@AndreaParducci Good news. Truth & Justice made it into the 2014 battle http://www.geeknative.com/46489/superhero-week-10-brave-superhero-rpgs-step-wrestling-ring/

@jkubli Hiya; Invulnerable has been added to the 2014 battle royale! http://www.geeknative.com/46489/superhero-week-10-brave-superhero-rpgs-step-wrestling-ring/ 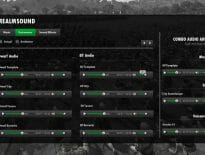 Sites The Realmsound Project: Making the pitch for RPG a… 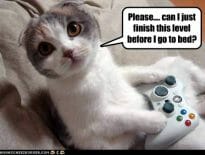