Vigliance Press has a successful collection of superhero “archetype encyclopedia”. The Field Guide to Superheroes is available on DriveThru RPG and are written by Jason Tondro. Tondro may have studied comics for his PhD in Literature but he also contributed an Index to Sharn, City of Towers many years ago to GameWyrd.com. That’s impressive too.

It’s not confirmed whether Tontro will be penning the Field Guide to Superheroes 4 but in a tweet from Vigilance’s new owner, James Dawsey we know that artist Dan Houser is working on the project.

The series supports the ICONS RPG ruleset from Adamant Entertainment which was a triple ENnie nominee in 2011. Dan Houser, the artist for Major Rager, was the main artist for ICONS too.

The teaser picture shows “Major Rager” – a hero that embodies the archetypes; armoured wonder, master of the elements and super-cop. 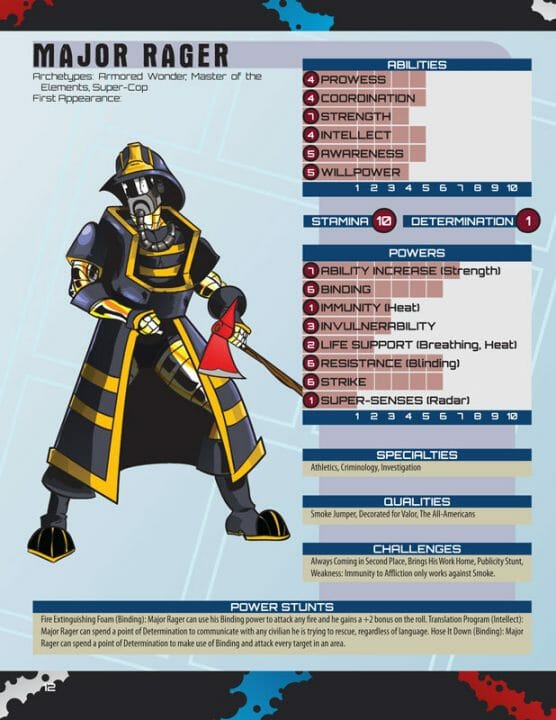 One note – this blogger suspects that the British slang term “major rager” may not have made it to the US.