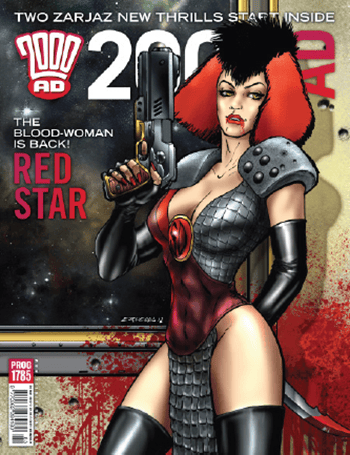 Made famous by the popular Strontium Dog series, Durham Red will return to 2000 AD tomorrow (or Friday if you download from the 2000 AD store).

Durham Red is mutant bounty hunter driven to feed on blood. Created by in 1987 by John Wagner, Alan Grant and Carlos Ezquerra, the 2012 return of Red is a story that has also been drawn by Ezquerra. The strip has Durham Red accept her first ever commission as a Search/Destroy agent.

Strontium Dogs are “muties” forced into bounty hunting as one of the few jobs the “norms” leave available to them.

The last time we had Durham Red in print was in a “far future” epic by Dan Abnett. In this future piece Durham Red had awoken from cryogenic suspension only to discover she was worshipped by a sect of mutants. In this new series, Grant takes us back to when Durham Red was just starting off as a Strontium Dog and accepting her first dangerous missions. 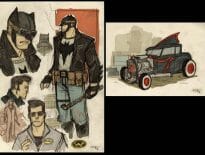