You are here: Home / Games / Standards body rules against Activision

In the United Kingdom the ASA is celebrating 50 years of helping to enforce legal, decent, honest and truthful advertising. Today they ruled against Activision and adverts for Call of Duty Elite.

The ASA received one complaint because of these claims. The complainant pointed out that the ad was wrong because not all of the additional benefits were actually available.

Activision responded to the ASA investigation – as most brands do – and pointed out there had tested the game for two years but had seen a huge demand for the cross-device service and this had made it very challenging to deliver on all of the advertised features. Activision also pointed out that all premium Elite members had their membership extended for free, for 30 days, in November 2011.

The company admitted that when the complaint was launched a number of features were not available; the daily competitive program guide, clan benefits, premium groups and the premium theatre, however by the time the ASA began to investigate that three of those four had been added and one withdrawn on editorial grounds.

In their investigation the ASA recognised the challenges Activision faced in testing the game and making it work across so many devices and meeting demand. The also recognised that Activision had communicated the technical issues the game faced in numerous ways including Twitter.

However, the ASA found against Activision in this investigate because the company had time to change its adverts for Call of Duty Elite and did not.

This ruling impacts all publishers and community hosts. Why? Now that the ASA has investigated this complaint it sets the framework for any future complaints. The official line is now that perks around exclusive membership and how “Clans” reward their members need to be carefully marketed with timely updates. 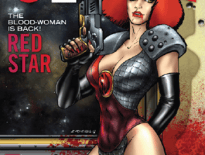