Due for reason in cinemas in Japan this June, Blood-C: The Last Dark is an anime from CLAMP and Production I.G.

Blood-C follows a group called SIRRUT as they try and oppose a politician called Fumito Nanahara who is high influential in Tokyo. Fumito is responsible for the Youth Ordinance Bill which not only has a curfew in place for the young but regulates the internet.

SIRRUT is a group of young adults who banded together to attack Furnito. In their early investigations they come across a secret group, known as Tower, that not only backs the politician but actually engages in human experimentation.

The SIRRUT group makes an attempt to reveal Tower to the public with a student set in the Tokyo subway when a mysterious creature and a young, sword weiling girl, appear. 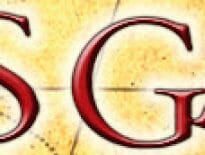