Atlas Games has announced that the rules system for the 20 year old Over the Edge RPG rules system will be released under the Open Game System.

Fans can currently pick up a limited edition 20th anniversary edition for Over the Edge now. The OGL rule system is a works in progress.

Atlas Games will be branding the rule engine as the WaRP System. That stands for the Wanton Role-Playing System. As an OGL offering, other publishers will be able to use WaRP to power their own RPGs.

The URL atlas-games.com/warp/ has been set up as a central hub for information about the new open license. 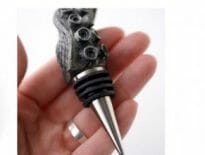