Once again The Gadget Show Live rocks on up to the NEC in Birmingham leaving us with questions like “is it any good?”, “should I go?” and “what are the gadgets like?”

This blogger did not attend during the press day; instead four of us, including one wheelchair, went on the first day and got there after breakfast. Keep that in mind when you review the pictures below – it got much busier throughout the day.

The wheelchair? Point of note that the NEC Birmingham does pretty well for accessibility and it plugs straight into Birmingham International Train Station. It’s possible to book wheelchair spaces for The Gadget Show Live Super Theatre and I recommend you doing so. This is a good show for anyone in or pushing a chair.

Before the show even opened the door it seemed pretty clear that the organisers had listened to feedback from the 2011 show and attempted to address concerns from that. In particular; the brochure and site seemed to promise plenty emphasis on future tech. Ie, this would be more than just a bunch of retailers trying to sell iPhones.

So, did they succeed? The overall buzz of the show is great – and more on that later – but let’s focus in on that future tech issue. There certainly was future tech there, depending on your definition of “future” but often it failed to leap out at you.

For example, there was plenty of improved audio and visual stuff to play with – but the audio just looks like yet another pair of headphones and unless you stop to chat you might not realise these were the smallest set of cordless headphones you’re likely to buy today. Phones with enhanced audio (especially HTC and Beats) just look like more phones. Some TV displays looked pretty average – until you stopped and were told these models are Connected TVs and the HD picture you’ve happily been watching was actually streaming over the poor quality wi-fi via Netflix or another solution. There were the latest Parrot AR drones – but I’d seen the first wave of those impressive fliers already.

So, yeah, there was tech from the you-can-buy-this-soon-and-its-advanced-range of the future and perhaps a little of the far future stuff like the Festo robots but it blended too well with rest of the expo. Next year I really hope the organisers lay on heavy incentives for big names willing to show off tech in beta phase. 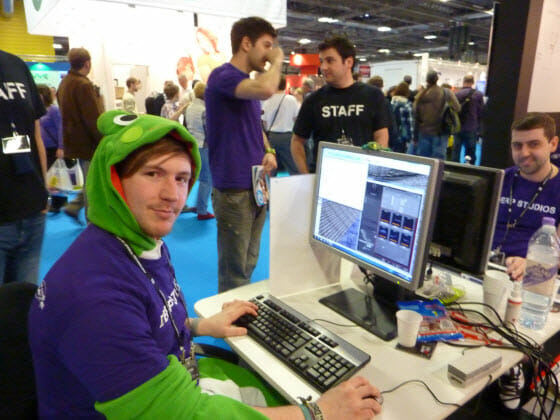 The Gadget Show Live is split into three main sections; two halls and the Super Theatre.

The first hall, which contains most of the food shacks (pro-tip: eat early) also contains much of the hardware such as laptops, desktops, audio systems, mobile phones and big TVs. It also had a large area for test driving of cars.

The second hall contained a lot of the gamer tech – rows and rows of xbox devices, for example – as well as other software options like Sky Go. It also held some of the smaller shops and quirky displays. The divisions between the halls isn’t entirely clean, though, as people like Overclockers had a stall in the second hall – hardware; yes, but perhaps because their audience is almost exclusively gamers.

Both halls can get very loud. The most successful booths are often swamped. Sometimes queues can form – for photographs with Chewbie or for your turn up to the Canon tower and a shot on their impressive cameras. In almost every case it’s worth queuing but make certain you have your ticket with you as some of the attractions will want to scan you again (so they can email you).

This blogger isn’t a fan of crowds, not at all, and although it did get very busy it was never too annoying. There is enough space between the stands and booths. The buzz is good.

The third area is the Super Theatre. This is where the stars of the TV show get to strut their stuff – and they’re very good.

It is well worth getting access to the Super Theatre to watch the show. You’ve a chance of picking up a prize and you are allowed to take photographs. The energy from the presenters is great and it’s here that you’ll see some the best technology. The flying robot from Festo is incredibly impressive and if you are sitting in the right seat then it’ll fly right over your head.

The show is full of lasers, fire and dancing girls. It is family friendly but reminds me The Gadget Show has a C5 home. That said; I suspect very young children might not react well to all the loud noises. 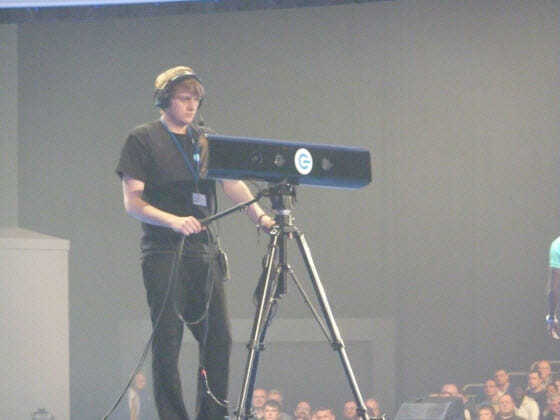 The live show also features a giant Kinect – okay, not sure it’s technically a Kinect, no one mentioned Microsoft – but it sure looks like it. This device is used to allow the audience to play a Wii-sports like game. This works because the show this year is set on a 360 stage, a circle in the middle of the room, and the crowd is in four quadrants around it. Not only can the audience, collectively, play sports games but almost every seat is far closer to the stage.

I enjoyed the show again this year. I didn’t buy anything but it did help me make future buying decisions. Our group bought some small items and one of us spent time with an o2 guru who was actually very helpful and was rewarded with a smartphone sale. I did miss eBuyer this year and would happily trade the energy companies that turned for them instead.

I recommend going. There’s lots of interactive stuff – if you can battle to the front of the line to play with it (and it’s often a game demo or a 3D TV). Take a camera and only friends who are really into their gadgets.

I thought the laserman was the best. But the dancing girls completely ruined it and my day for me, not to mention my self esteem. Thought it is supposed to be a family friendly kinda show :/

I recognise the point you’re making and I’m sure you’re not alone. Tech events have recently been under the spotlight for deploying “booth babes” – pretty girls, not wearing much, there to sell technology without knowing much about it. I don’t think The Gadget Show Live expo was guilty of that at all – and that’s a big step forward. There was  a bloke just dressed in a pair of tiny tiger shorts/pants though. As for the dancers in the stage show – I was pleased that they were clearly event dancers and were there too dance. For me, at least,… Read more » 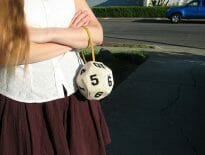