You are here: Home / Movies / Will Matt Smith’s Womb be out before the new Doctor Who? 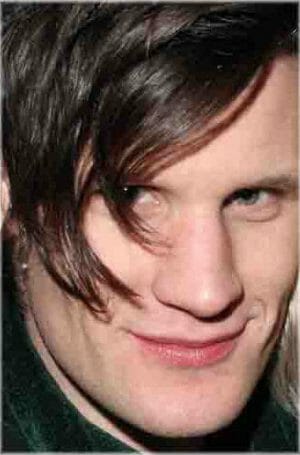 Smith plays Thomas – alongside Eva’s Rebecca – in a near future movie which the two childhood sweethearts reconnect and begin a passionate love affair. The world comes crashing down when Thomas dies in a car crash. Rebecca, unable to accept the loss, has him cloned. When the new Thomas is born (and it’s suggested Rebecca acts as the mother) she hopes that everything can return to the way it was. Of course; that doesn’t happen…

The movie is in post-production already. In theory it need not be that long before we see it on screen (although we might wonder if that’ll be a small screen or a large one). The question is; will it come out before the 2010 schedule for the new Who?

There’s certainly a wise money-spinning tactic in timing Womb so that it’s released during the highest point of Matt Smith hype. The media spotlight will be pointed directly at the young Dr Who star and surely this will help promote the movie. On the other hand, Dr Who fans may well appreciate the chance of seeing Matt Smith acting talents before we see him in the role of the Doctor (not everyone caught The Ruby in the Smoke; right?)

I cannot find any fault with Matt Smith as the new dr. Fans/viewrs who find faults who insists on venting them they should get a life nit picking at everything; says alot about that person. Do you wonder just how many people who finds fault with you in your everyday life (now worry about that). There is someting to think about. I am a dr who fan from the days of black & white tv. Over the years I was only ever intersted in the storyline. I know that they are acting (its a job) its not their real life.… Read more »

Will Matt Smith’s Womb be out before the new Doctor Who?