Here’s a press release the The Code Monkeys would like me to publish!

Imagine if the script writers of Dodgeball invited Mr Del Monte over for a few Brahma Beers and they stuck the Wii on. The result would be Manic Monkey Mayhem. It’s a vibrant looking, pick-up-and-play, evening of fun with more bananas than the produce section in Morrison’s. (Seriously, where do they get all the bananas from?)

The gameplay is very simple, yet engrossing; knock your opponent off their platform by throwing bananas. Of course you can enjoy Manic Monkey Mayhem in single player mode, but the fun comes alive in the local multiplayer and multiplayer over the Wi-Fi Channel. Manic Monkey Mayhem is also compatible with the Wii Balance Board, which adds another level of fun into dodging the incoming bananas (and a little bit of exercise too).

With a range of game modes to unlock, Manic Monkey Mayhem should definitely be enjoyed as one of the recommended 5-a-day. Become the Greatest Ape in a last monkey standing battle to the death; rack up the most points before the clocks ticks down in Minute Monkey, and enjoy some team-based monkey carnage with the insane Ape Team mode. Be careful not to eat too many bananas late at night – it will cause a rumble in the jungle.

You can read a full review of Manic Monkey Mayhem in the November issue of Thirteen1 – http://www.thirteen1.com/Issues/13131109/mag.php#50

Manic Monkey Mayhem is available to download via the WiiWare store for a very worthwhile 1,000 Wii Points. You can find out more at the official site – http://www.manicmonkeymayhem.com

Manic Monkey Mayhem will also be released on Sony PSP as a PSP Mini, Nintendo DSiWare and iPhone at a later date. So keep your eyes peeled on Thirteen1 for further news. 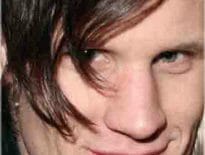