BioWare and EA have released the final trailer video for Mass Effect 3. At least, it’s a video they’re calling final trailer – let’s not rule out any last minute surprises.

Mass Effect 3 has had a rocky few days. The MVC brand map says that fewer female gamers than average are into Mass Effect and UK retailer GAME cancelled pre-orders at short notice and the N7 sold out before gamers could re-pre-order for the bonus content.

Mind you; looks like pre-orders are the last thing Earth’s survivors will be worrying about. 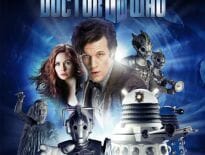