I really enjoyed Baldur’s Gate. The first one. The computer RPG. It remains one of BioWare‘s best.

I’m not the only one with fond memories of Baldur’s Gate, it seems, as the web is a wash with speculation that a new Baldur’s Gate RPG is on the way. Something is up. The official site has a new teaser holding page (sound). 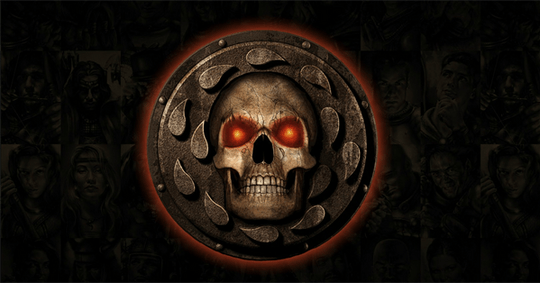 Blogs point to the WHOIS details for the domain which names Trent Oster. Trent Oster who was one of the initial six BioWare founders. He actually left Bioware but returned to work on the original Baldur’s Gate, lead the team on Neverwinter Nights and Eclipse Engine. It’s the Eclipse Engine that powers Dragon Age. We’re talking RPG through and through. Oster, however, left Bioware in 2009.

Now, if you book a domain name like a .com you can do so for up to ten years in advance. It’s possible Oster’s name is just a legacy. However it’s worth nothing that his current project is IdeaSpark Labs which was formed with another ex-Bioware cohort.

I have to say, I’m impressed by IdeaSpark Labs’ “opportunity” pitch.

The Opportunity
The traditional PC gaming market is in trouble.
Retail shelf space is decreasing. Piracy is rising. Development budgets are increasing. Sales are dropping. Market data is downright depressing. Why?

the PC retail business is broken and it has been for a while.
Archaic business models and overly conservative designs are constricting retail titles.
The independent game development scene is active, even thriving, but the titles are fragmented, inconsistent and hard to connect with for the mainstream gamer.

In this chaos we see massive opportunity to re-define the market.

The question is, though, is IdeaSpark working on a new Baldur’s Gate and what do they plan to do with it? A MMORPG seems too simple.

Tabletop & RPGs Lord of the Rings latex LARP swords
Movies Hulk stars in the 4th Avengers trailer
💰 Copper Coins 💰 Geek Native is an affiliate and may earn commission on purchases you make from third-party sites.
🍪 Privacy & Cookies 🍪 The site uses cookies to survive. By accessing the site, you agree to use your browser to control cookie use or take 1d4-3 privacy damage (tracking). If you defeat cookies via ad blocking, please consider the Patreon. An intro to cookies, and how to control them, can be found here. I Manage Cookies