You are here: Home / Movies / Cumberbatch and Doctor Who star join Star Trek 2

Sure, Cumberbatch plays Sherlock in Steven Moffat‘s re-working of the classic detective. Moffat, of course, is the current project lead on Doctor Who. There’s also plenty of speculation of Cumberbatch joining Doctor Who. Some say he’d be an ideal 12th Doctor and others suggest Cumberbatch may be the Master. It’s all just fan chat, though.

Sites like Deadline and Variety are all confirming that Cuberbatch is in Star Trek 2, probably not as Khan (who probably won’t appear at all) but as the villain. Cuberbatch is quickly becoming a geek superstar – especially since he’ll be Smaug (via motion capture) and the voice of the Necromancer in The Hobbit movie.

So what about the Doctor Who star, then?

Variety say it’s Noel Clarke. Doctor Who fans will remember him as Mickey Smith, one time boyfriend of Rose Tyler.

Clarke’s role in the 2013 movie is not clear. All we’re told is a “family man with a wife and daughter”. 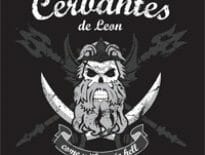 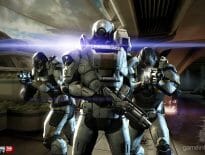